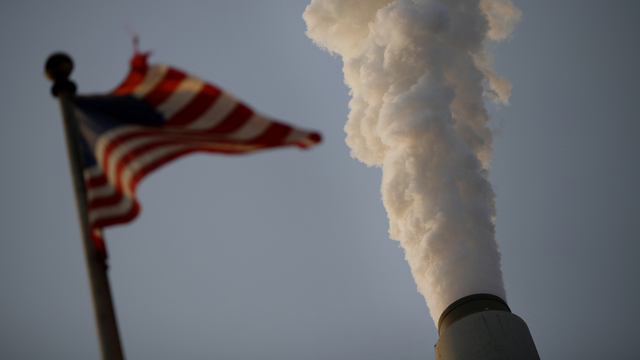 Donald Trump wasn’t exaggerating when he said during his election campaign that the U.S. could “cancel” the Paris Accord on climate change.

A decision due from the president this week on whether to pull the U.S. out of the deal involving almost 200 nations could have a domino effect on the participation of other countries in limiting fossil-fuel pollution, making it almost impossible and extremely expensive to stop catastrophic climate change.

That’s the conclusion of researchers and scientists evaluating the impact of Trump on the health of the climate. While forecasting the state of the environment more than 80 years into the future is a notoriously inexact exercise, academics gathered by the the United Nations at the Intergovernmental Panel on Climate Change are concerned the world is headed for “extensive” species extinctions, serious crop damage and irreversible increases in sea levels even before Trump started to unpick the fight against global warming.

“Four years of the Trump administration may have only modest consequences, but eight years of bad policy would probably wreck the world’s chances of keeping warming below the international target of 2 degrees Celsius,” Michael Oppenheimer, professor of geosciences and international affairs at Princeton University, said by email. “The odds of our avoiding the climate-danger zone would fade to zero.”

While a 2-degree shift wouldn’t be noticeable during the course of a day, it would represent a historic change for the Earth as a whole that’s faster than any change in the climate since the last ice age ended some 10,000 years ago. The scenarios that scientists are looking at depend on measurements of air and water temperatures taken at hundreds of sites around the world, as well as complex models about how trends will evolve in the coming decades.

Trump’s move would clearly make the outlook worse, according to Climate Interactive, a team of modelers backed by institutions such as the MIT Sloan School of Management and the Rockefeller Brothers Fund. They estimate that the world would warm by 3.6 degrees Celsius (6.4 degrees Fahrenheit) by 2100 when compared with pre-industrial levels if Trump quits Paris, more than the 3.3-degree baseline scenario.

“U.S. withdrawal from the Paris Accord would not only be a setback for the prospects of halting global climate change short of the catastrophic level” but “it would also reduce U.S. influence in the world on every other issue that Americans should care about,” John Holdren, professor of environmental science and policy at Harvard University, wrote in an email. “This would not be an ‘America First’ move.”

As the world’s second-biggest polluter after China, a move by the U.S. to scrap the accord involving almost 200 nations would pour hundreds of billions of tons of carbon dioxide into the atmosphere and speed up the warming trend already taking place. It also would threaten a $100 billion-a-year stream of funds that industrial nations have pledged to persuade developing nations to cut back their own emissions, endangering the political foundations of the global fight against climate change.

“The loss of U.S. finance would be the biggest headache, and of course the symbolism is not good,” said Michael Grubb, a professor at University College London who has advised the European Union on climate policy.

The Paris Agreement sealed in 2015 brought together the U.S. and European Union with big developing nations from China to India to Brazil in pledging limits on fossil-fuel pollution and funds to help poorer countries adapt to climate change.

Trump’s withdraw from the Paris accord would be a symbolic blow to the unified global to fight climate change, but it would not automatically mean U.S. emissions will increase. That depends on a complex mix of market forces and policies at the both the state and federal level.

Longer term, the impact of a U.S. withdraw depends on how other countries and investors respond. Trump, who for months has delayed a decision on the climate agreement, said on Wednesday he will announce his decision on the Paris Accord over the next few days, and the signs are pointing toward a withdrawal.

In an unprecedented step, the U.S. broke from the other six nations on Saturday in a joint statement issued at the Group of 7 summit, saying America is reviewing its policy. Trump is leaning toward exiting the deal, but hasn’t yet decided whether to keep the U.S. in it, according to two people familiar with the matter.

“The big question is whether a U.S. withdrawal would lead to U.S. investors and utilities actually starting to build new plants that commit to high future emissions,” said Myles Allen, professor of geosystem science at the University of Oxford’s Environmental Change Institute.

So far, no other country, not even China or India has said they’d follow the U.S. in pulling out of Paris. Instead, it’s catalyzed support for the deal. On Wednesday, the EU reiterated its commitment to staying in Paris, and said the door will remain open for the U.S. to rejoin.

The key variables are what policies Trump enacts and how long they remain in force. The targets agreed on global warming through the UN are for 2100, and shifts in the energy industry take decades to play out. U.S. inaction on greenhouse gases may eventually discourage other countries from continuing their own efforts to cut back, said Oppenheimer at Princeton.

The Paris agreement was designed in such a way that legally, no other country’s action would be impacted by a withdrawal. Paris effectively sets up the reporting framework and the temperature goals, but each country’s individual target is voluntary.

In reality, an eight year delay on climate action would be accompanied by cuts to renewable energy research that could in turn harm emissions reductions rates. Trump’s push to roll back the Clean Power Plan, for instance, could prompt electricity generators to burn more coal.

The most important business stories of the day.

All told, each of these changes could add a total of 350 billion to 450 billion tons of carbon dioxide into the atmosphere, if the rest of the world followed Trump, according to climate modelers, Ben Sanderson of the National Center for Atmospheric Research in Boulder, Colorado, and Reto Knutti of ETH, Zurich. The chances of meeting the UN target of staying well below 2 degrees of warming would drop to about 10 percent, from two-thirds now, they say.

“Delay is the worst enemy for any climate target and can only be made worse by cutting research and energy technologies that would be crucial to get back on track again for target,” they wrote in the journal Nature earlier this year.