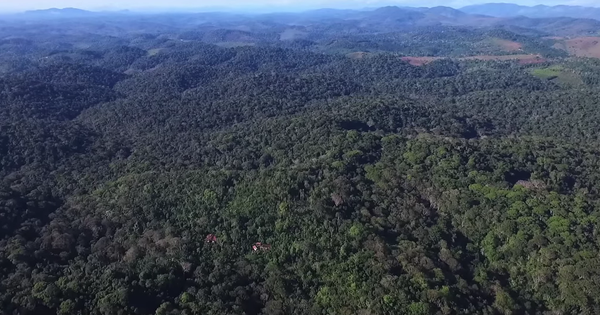 When Brazilian farmer Ernst Gotsch bought 1,200 acres of completely deforested land on the edge of the rainforest in 1984, it was known as “Dry Lands.” Gotsch, who was interested in finding new ways to work with, rather than against, nature found himself battling strong winds and drought. So he started out by replanting the land according to a system of natural succession—eventually reforesting the entire area and turning it into an incredibly biodiverse yet productive working farm which, it’s claimed, has actually altered the microclimate around it in the form of increased rainfall and lower temperatures.

It’s an incredible feat. And it’s one that many people around the world are paying attention to.

Alongside the desperate need to cut fossil fuel use and decrease greenhouse gas emissions, there’s a growing interest in the role that better soil management might play in sequestering carbon and promoting biodiversity. One of the most common terms around this topic is the notion of regenerative agriculture—farming which doesn’t just try to be “less bad”, but actually seeks to heal the natural systems that we rely on for survival.

From the savannas of Africa to the hillsides of Europe, exactly what regenerative agriculture will look like must, almost by definition, vary according to the climate, resources and traditions of each location. Still, there’s a central principle that seems to run throughout most regenerative agricultural models—and that’s modeling our farming systems on the regenerative and self-perpetuating systems we see in the natural world. Besides following agroforestry principles and promoting polycultures of perennials and annuals and livestock too, it appears that Gotsch’s other big innovation is an extremely intensive focus on heavy pruning and return of biomass to the soil, much like this system of chop-n-drop mulching in Australia.

Gotsch has called his system “syntropic” agriculture, because he sees it as the opposite of entropy—moving from chaos to energy concentration, order, organization and life. Sounds pretty good to me.