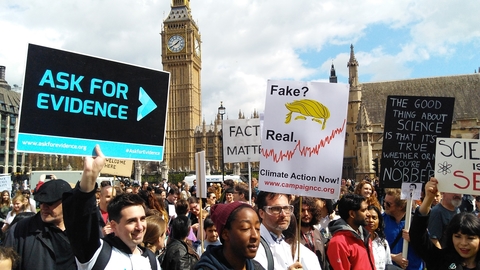 The chant filtered back a half-mile or so down the road, and all of a sudden, thousands of similarly dressed, previously shy people had become vocal. It was a rare moment of activism from a group normally content to go under the radar, bunkering down in labs and libraries across the world.

The chant quickly became the impromptu slogan for London’s March for Science on Saturday.