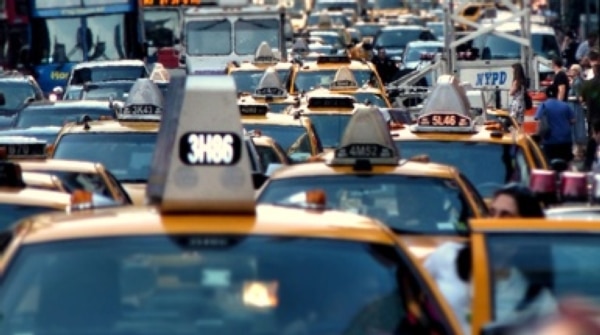 Since 2011 the auto industry has successfully ramped up the fuel efficiency of vehicles it sells in the U.S. using standards mapped out in an agreement with the Obama administration. The overall target: A fleetwide average of 54.6 miles per gallon by 2025. But now, with Pres. Trump vowing to slash environmental regulations, automakers say the standards are too stringent. In February companies asked the U.S. Environmental Protection Agency to take the first step in rolling them back—and the Trump administration has signaled it intends to follow through.

The Obama fuel-efficiency regulations, finalized in January just before he left office, were projected to save 12 billion barrels of oil and eliminate six billion tons of atmosphere-warming carbon dioxide over the lifetime of vehicles sold. A rollback would change that and, at least in the short term, create two groups of vehicles, says Dave Cooke, a senior vehicles analyst in the Union of Concerned Scientists’ Clean Vehicles Program. There will be one mix of cars and trucks meeting a stronger standard for some states, and another set of vehicles meeting a weaker one—with more gas-guzzling autos that release more tailpipe pollutants and carbon dioxide—for the rest.

This odd scenario is the product of California’s unique power under the U.S. Clean Air Act to set its own auto emissions targets (including gas mileage rules, which are designed to reduce CO2 emissions). California and U.S. standards currently align but California officials say the state will stick with the tougher benchmarks if federal rules are weakened. And it would not be alone. Twelve other states and the District of Columbia also legally opt to follow California’s lead.

This means automakers “would essentially be petitioning to sell good cars in those California-compliant states and less-good cars in remaining states,” Cooke says. The federal Corporate Average Fleet Economy (CAFE) standards, as their name indicates, are averages for all the autos that a company sells in four classes of cars and light trucks (pickups and SUVs). If a split occurred, automakers would end up selling a more fuel-efficient mix of autos in California and states that opted to keep following it, and another, more fuel-hungry mix in the rest of the country.

Trump officials say they will try to revoke a federal waiver that grants California its independence on fuel efficiency, which would otherwise last through 2025. But California has led the nation on auto emissions and fuel efficiency for decades and been granted dozens of such waivers. None has ever been withdrawn. California officials say they will vigorously fight to keep this one. “If this administration refuses to grant California’s waiver, it would be breaking with decades of established laws and science,” Kevin de León, president pro tem of the California State Senate and a leading advocate of the rules, said at a recent hearing. “The courts have ruled, the evidence is clear. If Washington doesn’t want to lead on cleaning up our air and fighting climate change, it should stay out of our way.”

Any challenge will result in a drawn-out legal battle. California has made the current higher fuel-efficiency standards a centerpiece of its larger program to drastically cut CO2 emissions, and after 2025 shift away from fossil fuels and to electric vehicles. The California Air Resources Board (ARB), the state’s air pollution regulatory agency, has already retained the services of former U.S. Attorney General Eric Holder. “They’re going to get sued at every step,” says Michael Wara, an associate professor at Stanford Law School who focuses on climate and environment. And as long as any legal dispute remains unresolved, the two-tier system would remain in place.

If the Trump administration does accede to automaker demands, the EPA’s first move would be to reopen a scientific review of the CAFE standards. On February 22, two trade associations representing 17 automakers wrote letters to EPA Administrator Scott Pruitt saying the Obama administration had overstepped its authority. The agency’s January ruling was “riddled with indefensible assumptions, inadequate analysis and a failure to engage with contrary evidence,” Mitch Bainwol, president and CEO of the Alliance of Automobile Manufacturers, which represents 13 auto manufacturers, wrote. Global Automakers, another trade group, also petitioned the agency to reconsider.

Automakers had, however, previously agreed to the standards. They are the product of agreements reached in 2009 and 2011 between the auto companies, the Obama administration, California and the United Auto Workers Union. Since then the auto industry has aggressively improved the fuel efficiency of vehicles it sells in the U.S.

Now the industry argues circumstances have changed. Particularly, the price of gasoline has fallen and remained low. This has driven up sales of SUVs and other fuel-inefficient vehicles, making it harder to achieve the fleetwide efficiency targets and driving up the cost of doing so, companies say. Improving gas mileage is not merely a manufacturing challenge; it requires a balancing act between upgrading technology, shifting consumer preferences and price. “A data-driven review is necessary to arrive at standards that appropriately balance environmental progress, safety, consumer affordability and jobs,” Auto Alliance spokesman Wade Newton said in an e-mail message.

The industry complaint is not supported by the government’s July 2016 midterm technical review of the standards. This 1,200-page analysis by the EPA, California’s ARB and the National Traffic Highway Safety Administration (which also oversees CAFE standards) found the automakers had exceeded their targets in the first years of the program without affecting sales. “The industry has now seen six consecutive years of increases and a new all-time sales record in 2015, reflecting positive consumer response to vehicles complying with the standards,” it said. The review also said fuel-saving technologies were evolving more rapidly and cheaply than expected, making it easier than originally anticipated for manufacturers to reach the goals.

Dan Becker, director of the Safe Climate Campaign and an advocate for the Obama standards, says slowing the pace of change carries other risks beyond additional pollution. One is losing the overseas market. “Auto companies are making vehicles for Europe, Japan and South Korea, which have tougher standards anyway,” he says. “It’s stupid and backward looking to slow down in the U.S.”