Home Politics Economics Trump won't do it, so California leads the way on climate. 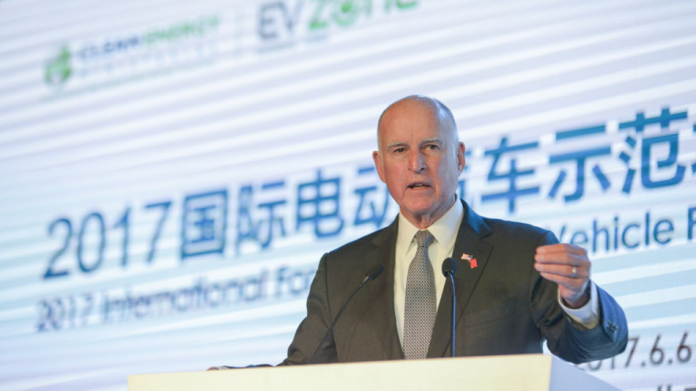 A key politician is missing from a new clean energy partnership between the United States and China: President Donald Trump.

The agreement instead involves Chinese President Xi Jinping and California Gov. Jerry Brown, who has vowed to lead America’s fight against climate change following Trump’s decision to pull the U.S. from the Paris Climate Agreement.

Brown, along with a dozen U.S. governors and hundreds of mayors and companies, has pledged to slash his state’s greenhouse gas emissions and uphold America’s commitment to the landmark treaty, even in the absence of federal support.

China, meanwhile, has stood by the Paris agreement and its commitment to peak the country’s carbon emissions by 2030 while boosting use of non-fossil fuel-based energy to 20 percent of China’s energy consumption. The country has separately said it would close more than 100 coal-fired power plants and invest around $361 billion in clean energy projects by 2020.

China and the U.S. are the world’s first- and second-largest emitters of carbon dioxide, respectively.

“We’re on the field ready for battle. While the president may be AWOL in the battle against the climate, we’re not,” Brown told reporters on June 1, about an hour after Trump announced his decision from the White House Rose Garden.

On Tuesday, Brown met with Xi in Beijing to discuss “the importance of expanding cooperation of green technology, innovation, and trade,” the governor’s office said.

While largely symbolic, it’s a rare move for a state official to meet with a national leader. The 45-minute meeting may serve to elevate California and Brown as a top U.S. climate change negotiator with China while the Trump administration forfeits leadership in this arena.

The pair met soon after David Rank, the acting U.S. ambassador the China, reportedly resigned from his post in Beijing over Trump’s decision to withdraw from the Paris agreement, sources told CNN.

Energy Secretary Rick Perry is also in Beijing this week for a forum of global energy ministers, but there’s no indication he will meet with Xi. Last week, he told reporters he welcomes China taking “the mantle of leadership on the climate” after the U.S. said it would pull out of the accord.

“I hope China will step in and attempt to take the mantle away. It would be a good challenge for them,” he said in Tokyo, en route to the Beijing meeting.

California has worked with China on environmental issues for years, including on initiatives to roll out zero-emissions vehicles and curb toxic air pollution. Chinese officials recently turned to the Golden State for guidance with its carbon emissions trading scheme, which is slated to launch later this year.

California has upheld its cap-and-trade program — which has weathered multiple lawsuits — as an international example of how financial incentives can be used to reduce emissions from power plants, factories, and refineries.

China’s president “has definitely given the green light for more collaboration between China and California, and I would say, other states through this subnational-level arrangement,” Brown told the Los Angeles Times after the meeting. 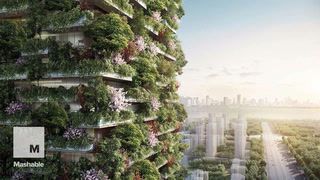