Last June, more than 4,000 people across four European countries – France, Germany, Norway and the UK – were asked various questions about energy and climate change. The research was conducted by Ipsos Mori on behalf of the European Perception of Climate Change Project, which is lead by Cardiff University.

Today, the findings of the survey have been published (pdf). They provide a range of insights into how attitudes differ – and overlap – across the four nations. Here is a sample of the report’s topline findings:

Carbon Brief spoke to Prof Nick Pidgeon, a professor of environmental psychology at Cardiff University’s school of psychology, who led the report’s research.

We began by asking him about the findings on attitudes towards the scientific consensus on climate change. He said:

We were quite surprised about [the result], but it is consistent with the other evidence from similar questions that have been asked in the US. It is thought this question may well be a gateway belief; that if you engage people with the question of climate change and can discuss with them the fact that the science really does agree – almost overwhelmingly – about the issue then they will be more concerned about climate change and be more prepared to take action to do something about it.

On the differences between the countries on “energy preferences”:

People strongly supported renewable energy. They see that coal is not a fuel for the future. Very few people were supportive of fracking in any of the countries. The one big difference was on nuclear energy, where there was relatively low support in France, Germany and Norway, but more support than opposition in the UK. 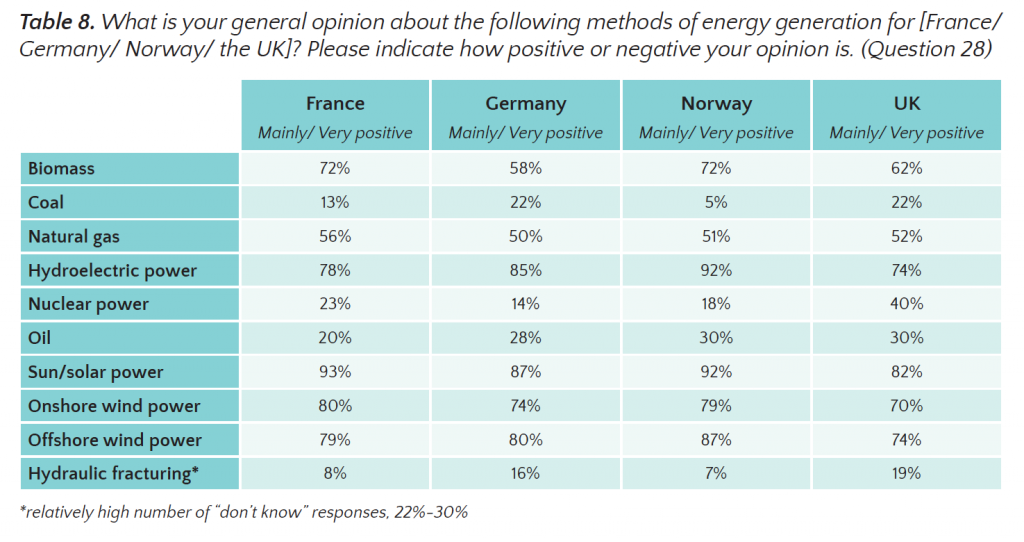 On attitudes toward energy subsidies:

When it came to paying for improvements in the energy system there was more ambivalence. For example, support for a tax on fossil fuels. Or for increasing the price of electricity to help combat climate change. How you actually pay for that – either through personal contribution or government funding – is more of an issue for people.

On support for the Paris Agreement:

It was more than two-thirds support in all four countries. In a way, that surprised us that there was such strong support for the international agreement that had been struck in Paris at the end of 2015. Also, interestingly, in relation to political developments in some countries – maybe, I don’t know, if some countries withdraw from the agreement – there was very strong support for penalties for countries which don’t actually collaborate with that agreement, or withdraw. So I think there was strong consensus in all four countries that, internationally, we have to move this forward in some way and the Paris Agreement is seen as one of the vehicles for that. 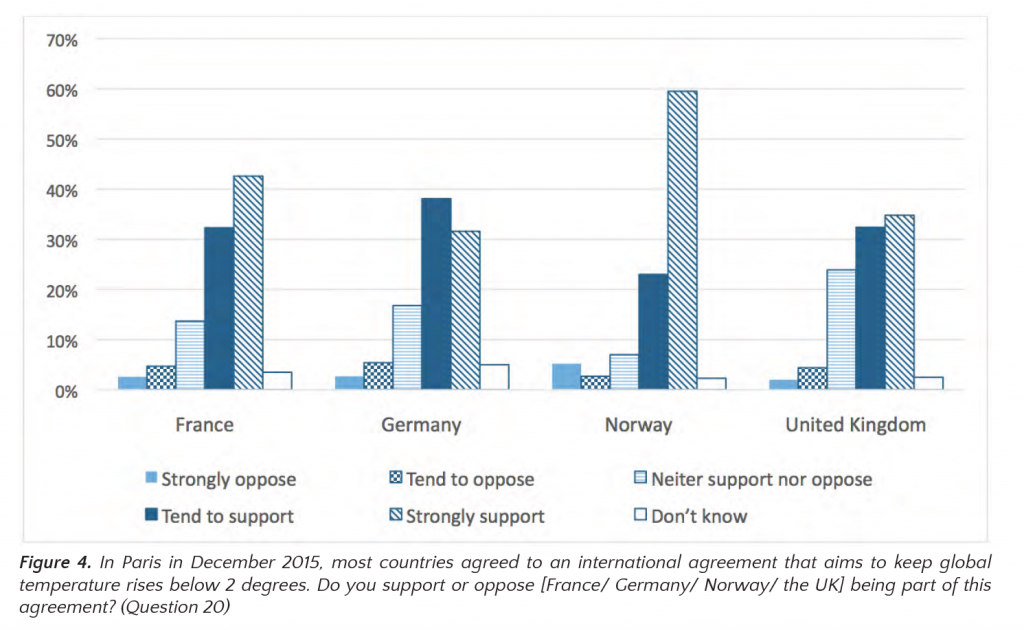