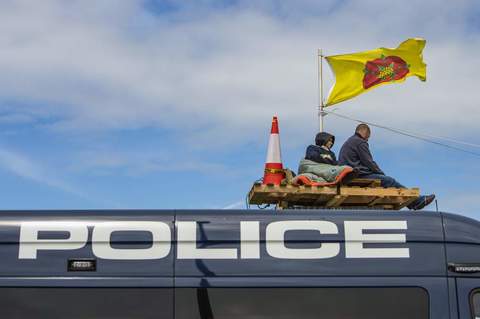 A police watchdog has today called for two reviews into law enforcement tactics handling anti-fracking protests, in what has been described as “an authoritarian war” against the right to protest at a shale gas site in Lancashire.

In a new report, Netpol called for an “urgent” review into the national policy on policing anti-fracking protests as well as an external review to be done into the way police have conducted operations in Lancashire.