Home Science Extreme weather What needs to be done to stop wildfires in drought-killed forests. 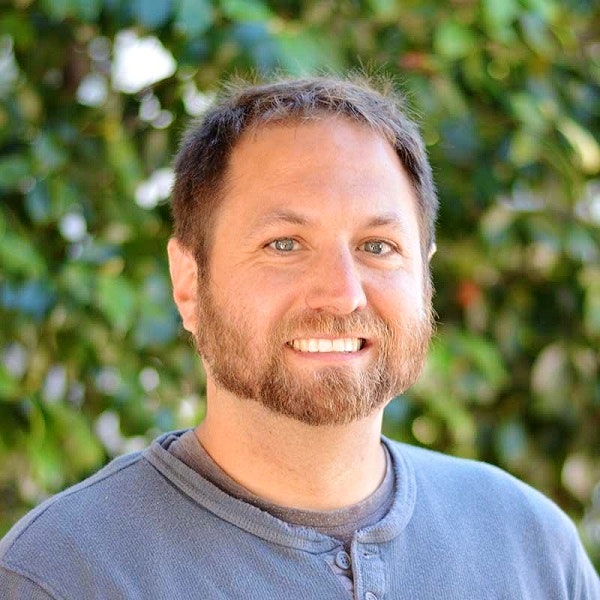 With 17 large wildfires in California igniting in 24 hours this week, October is shaping up to be a brutal month for wildfires, as it often is. It’s too soon to know what caused multiple conflagrations spreading across Northern California’s wine country, but elsewhere in the state dead and dying trees have been the subject of much concern. The five-year drought in California killed more than 102 million trees on national forest lands. That is a gigantic problem in itself that will lead to huge wildfire risks in the future and big changes in wildlife habitat.

With that huge number in mind, it is easy to forget that the forests were already in a sorry state. It’s now widely understood that a century of misguided – but well-intentioned – policies over the past 100 years produced forests that are too densely packed with small trees and too vulnerable to possibly catastrophic fires.

Water supplies are also a concern, because the forests are nature’s water-storage sponges. They capture snowfall and release it slowly, helping Californians survive long, dry summers. But there’s also a concern that overgrown forests consume too much water, and that thinning some forests could generate more runoff.

A new report by the Public Policy Institute of California proposes some different approaches to begin chipping away at the problem. It recommends some changes in state law and new contracting practices, among other things. It also suggests some changes in public attitudes.

To learn more, Water Deeply recently spoke with Van Butsic, the study’s lead author. Butsic is a land system scientist with a Ph.D. in forestry; he works as an assistant cooperative extension specialist in the University of California, Berkeley, Department of Environmental Science, Policy and Management.

Van Butsic, a land system scientist at U.C. Berkeley, is the author of a new report by the Public Policy Institute of California that recommends some changes in state law and a shift in public attitude when it comes to how California handles its drought-induced tree mortality. (Image courtesy Van Butsic)

Water Deeply: How are California’s forests doing in the wake of the drought?

Van Butsic: The drought, coupled with the last century of management actions, caused a huge pulse in tree mortality. There are always dead trees in the woods, but the additional dead trees in the environment due to the drought is about 15 million a year.

One hundred years ago many, many large trees were harvested. Then we have a century of fire suppression, so we take fire out of the equation. So new trees are coming back and they’re not burning. Then, about 30 years ago, we stopped harvesting on most national forests. So we have a condition where the forests are of a much higher density than they’ve ever been before. Then we have the drought, and lots of trees on the landscape are susceptible to bark beetle outbreaks due to lack of water.

Water Deeply: How much additional prescribed fire is needed to bring the forests back to a healthy state?

Butsic: We didn’t quantify that ourselves. But what I would say is, the statistics we’ve seen from a number of good scientists have put the number of additional acres that need to be treated at somewhere between 200,000 and 500,000 per year. So a very large amount. The numbers in those studies come from a historical look at what was normal 100 or 150 years ago. That’s more than a doubling of what’s going on now. So it’s a substantial increase. I want to say that right now the Forest Service is doing somewhere between 100,000 and 200,000 per year.

Water Deeply: There’s also a need for more mechanical thinning, or logging. How do we get past the controversy over that?

Water Deeply: How do we ensure that it’s not clearcutting?

Butsic: There are very strong forest practice laws in California. My understanding of the current regulations governing forest management on federal lands is that in Forest Service Region 5, which California belongs to, it’s really nearly impossible to harvest trees [with a diameter] over 30in (76cm). So these trees are not really at risk, I would say, as long as the Forest Service follows its own recommendations. And yet this is still a stumbling block in conversations about mechanical thinning. People are still very worried about these trees because they’ve seen in the past some large trees disappear. That’s a difficult situation to work with. The laws are in place to protect those trees, and yet people don’t really trust them.

Water Deeply: You recommend state and federal land management agencies justify their continued fire suppression. Why do you suggest that?

Butsic: Most ecologists would agree the long-term suppression of fire has led to a change in forest structure, and probably a decline in forest health. Typically, when agencies do any activity that might cause environmental harm, they need to justify it. We don’t see that for fire suppression. And there’s good reason why you wouldn’t do this on a case-by-case basis. If a fire breaks out around a house, you want to go and put it out. But making sure agencies explain their management choices around wildfire would lead them to use some of their tools, like managed wildfire, more often.

Water Deeply: You report that state law treats wildfire and prescribed fire differently in regard to air quality. Is that still appropriate?

Butsic: There’s a growing body of evidence that prescribed fires are less harmful to humans than non-managed wildfires, because they burn at lower severity, typically. And we know an area burned with a prescribed fire is less likely to burn at high severity in the near future. So clearly, there are long-term air quality benefits to prescribed fire.

But with prescribed fires, there are short-term costs caused by regulation. There’s a lot of planning that needs to go into conducting a prescribed fire for air-quality reasons. And the air-quality reasons are real. We’re not saying people with asthma are not affected by smoke. But we can manage it with prescribed fire and know when the fire is going to happen and know that in the future, we’ll have less risk of severe wildfire. Or we can just leave it to chance and, eventually, we’ll probably get a severe wildfire anyway.

So treating those differently under state law is just problematic. 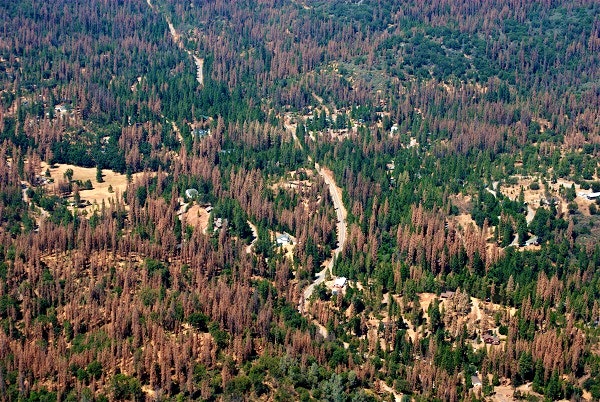 Water Deeply: What kind of additional mechanical thinning are you calling for?

Butsic: We think mechanical thinning can be really useful in a few ways. If you’re near homes or near roads, mechanical thinning has a very key role to play in those instances. The other is where there are logs that could be harvested that could offset the cost of other treatments. Prescribed fire and managed wildfire are both costly.

There is a number of studies that show mechanical thinning with removal of some sawlogs can be a net profit in certain areas, and the largest trees we looked at removing in the report are 16in (in diameter).

Water Deeply: So why isn’t it happening?

Butsic: There is a number of barriers that we’ve identified to getting the work done. Part of it is the history of distrust. One roadblock is that it is somewhat risky for leadership to try to do these big treatments. If you’re going to do big prescribed fires or let wildfires be managed, there’s risk to the leadership that things could go wrong. And if they do, they look bad. So I do think these groups do not have a risk-taking culture. That’s just not the Forest Service culture. I do think that’s probably hindered them a little bit.

Another barrier is there still are issues with the infrastructure. In some parts of the state, there just are not great places to take the material: sawmills and biomass plants. Some people have said that’s the main roadblock. I’m not sure we agree with that.

Water Deeply: What’s the public’s role? Do we need to be more open-minded about prescribed fire and some kind of logging?

Butsic: I think understanding the role of fire and the necessity of it in the landscape, having the public appreciate the role that fires plays in keeping forests healthy, is something we could improve upon. We need to build the social license to do treatments.

The media often portray fire in the forest as a total destruction. After a fire goes through, it’s not pretty. You see a lot of charred and dead trees. It’s not an appealing landscape. But understanding the long-term importance of having that disturbance on the landscape is certainly something the media could help educate the public on.