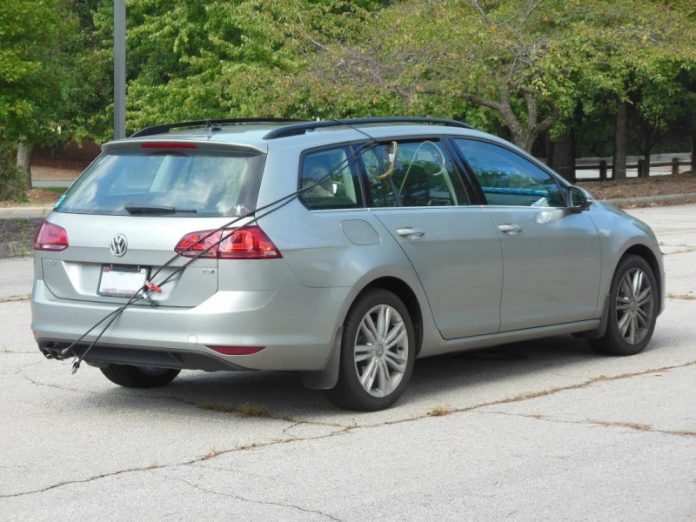 Expect debate over how North Carolina should spend $92 million from automaker’s emission-cheating settlement.

The money is this state’s share of Volkswagen’s debt in fines and settlements after getting caught selling hundreds of thousands of turbocharged VW and Audi vehicles programmed to cheat on U.S. emission tests.

Screenshot of the Senate’s budget language around the Volkswagen Mitigation Trust.

In contrast, cleaner-energy advocates are urging Gov. Roy Cooper’s administration to keep all options open as they plan spending of the state’s share of The Volkswagen Mitigation Trust. Some are explicitly unhappy with the early guidance from Jones Street.

“Neither the House nor Senate have been briefed yet on the settlement funds, and the trust is not yet set up, so this is a preemptive strike by the Senate to grab to control away from the governor before the trust is even set up,” said Molly Diggins, director of the state chapter of the Sierra Club.

To compensate for pollution from the Volkswagen scheme, mitigation trust money is explicitly intended to help states reduce levels of one of diesel’s most dangerous class of emissions: oxides of nitrogen (NOx), which are prime ingredients for ozone gas.

As opposed to protective ozone in the upper atmosphere, ground-level ozone aggravates lung diseases such as asthma, emphysema, and chronic bronchitis and can make human lungs more susceptible to infection.

The “Dieselgate” trust money, to be spent over as long as 10 years, comes with many restrictions. It can pay for updates or replacements for specific types of diesel-powered vehicles such as heavy duty diesel-powered trucks operating near towns and cities, school and transit buses, freight switching railroad locomotives, and passenger ferries. A share of VW dollars can also be used to expand infrastructure, such as charging stations, that supports the use of electrical or other zero-emission vehicles. 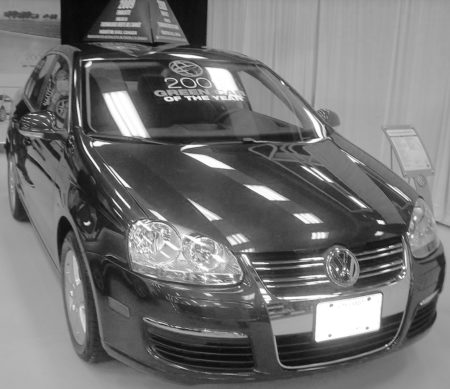 The 2009 Volkswagen Jetta Diesel Sedan was awarded Green Car of the Year. The award was rescinded in early October 2015. Photo courtesy of Bull-Doser, Wikimedia

As part of his new administration’s to-do list, Gov. Roy Cooper must appoint a state trustee and a lead agency to develop a spending plan that executors of The Volkswagen Mitigation Trust must approve. That remains a work in progress, said Noelle Talley, Cooper’s press secretary.

“We’re still in the early stages of this process but hope the funds can be used to help improve North Carolina’s environment, among other things,” she said.

Others in the lead

Other states have been more visibly active on this front for many months. Georgia, for instance, is right now soliciting suggestions from citizens on how to spend Volkswagen’s dollars, with state officials asking residents their views on which categories of diesel-powered vehicles should be prioritized. Washington finished its online survey in March.

Virginia, Delaware and New Hampshire have created draft plans to focus on reducing diesel emission exposures in poor air quality areas that host disproportionate amounts of pollution from diesel engines, for instance. Or they are exploring steps that will boost the deployment of more vehicles that do not emit air pollutants, including electric cars. This is just one example, from Washington, of the education and outreach some states have already launched to keep citizens informed about plans for spending tens of millions of dollars to be streaming to government coffers from the Volkswagen Mitigation Trust.

As it develops its plan, North Carolina has some good options for both reducing emissions and supporting manufacturers with local presences that are active in the cleaner-engine domain, said Rick Sapienza, director of the Clean Transportation Program at the N.C. Clean Technology Center at N.C. State University.

“There is nothing wrong with looking after your own. We have some significant players in the industry,” Sapienza said.

But like several other cleaner-energy advocates in North Carolina, Sapienza said that purchasing equipment from out of state in some instances may better meet local needs.

“Not everything is done here. There is a lot of good stuff being done elsewhere,” Sapienza said. 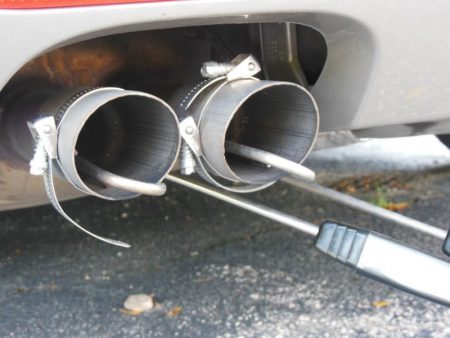 Groups working to advance cleaner transportation technology in many domains have been discussing their views on the best path forward for this money for months.

“Those are the kinds of fleets that can be on the road for 10 to 20 years,” Lansdell said.

Many watching are as interested in how the process unfolds as they are in where it ends up. Jason Wager, coordinator of the Centralina Clean Fuels Coalition Planning Program, said an open discussion is needed to maximize the impact of the money, including the possibility of soliciting matching funding from public and private sources.

“We want an open process. We want to make sure it’s a very engaging process,” said Wager, whose employer works with nine counties in the Charlotte area on regional development planning and other topics.

Sapienza at N.C. State said he thinks it could be wise to require municipalities to contribute some funding to any purchases made on their behalf. That would likely make fleet operators and local government leaders more engaged with choosing what is bought.

He also sees benefits to investing in diverse types of technology, if they meet real community needs, to expose more people to the growing innovations emerging in cleaner-fuel technology.

“This could accelerate adoption of different technologies and technological development. As the numbers of users go up, margins will go up and costs will come down,” he said.

Politics will inevitably be a player in steering how a pot of money this big gets dispersed.

Precisely who advocated for the language regarding the VW trust in the approved Senate budget bill is not clear. But it is consistent with the General Assembly’s efforts, including budget bill language (Section 6.6.(a), p. 14) passed in August 2014, to make clear that the legislature appropriates all state funds, including settlements.

That said, because the trust award from VW’s settlements of multiple federal lawsuits sets explicit limits, the preferences of legislators or anyone else cannot be the sole deciding factor.

“Ultimately the funds must be used in accordance with the settlement agreement,” said Talley, Cooper’s spokeswoman.