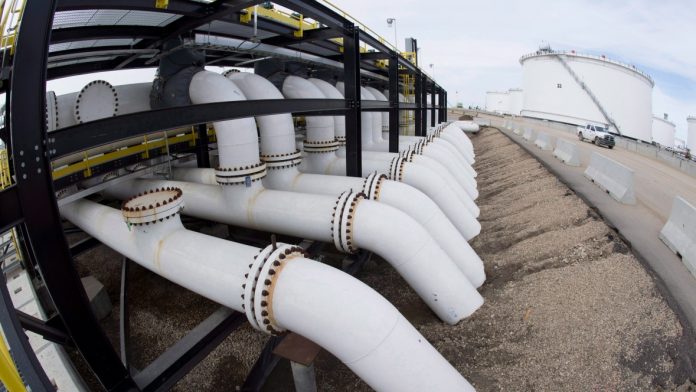 Methane emissions from oil and gas facilities in Alberta and B.C. are much higher than previously thought and are being under-reported, according to two new environmental reports.

The David Suzuki Foundation teamed up with St. Francis Xavier University to conduct the first study of its kind in Canada.

They found that methane pollution from oil and gas facilities in northeastern B.C. is 2.5 times higher than what is currently being reported by the industry and the B.C. government.

“Our peer review research shows the true magnitude of Canada’s emission problem is much bigger than previously estimated by industry and government,” said Ian Bruce, director of science and policy for the David Suzuki Foundation.

A team of researchers spent two field seasons in 2015-16 in both summer and winter driving 8,000 kilometres with a methane sniffer mounted to a vehicle. They drove past 1,600 different well pads and facilities developed by more than 50 different operators to test for methane leaks.

They found methane escaping from a wide variety of sources.

“The findings are quite staggering.”

The report estimates that 111,800 tonnes of methane is escaping uncontrolled into the atmosphere from the Montney formation, the province’s busiest oil and gas production area.

That’s equivalent to adding two million cars to the road every year. The researchers compared their findings with the overall oil and gas sector methane emissions in B.C. of 78,000 tonnes. There are no regional breakdowns for methane pollution.

Bruce said there aren’t strong enough rules to make sure anyone is keeping track of the methane pollution, and current industry numbers are simply ballpark estimates.

“There is not a lot of detailed actual measurements going on, and there’s no monitoring or enforcement of that sector to make sure someone is out there to measure this methane pollution that is being intentionally emitted into the air.”

The research was published in the scientific journal Atmospheric Chemistry and Physics and is now going through a period of public comment and peer review.

The research, conducted for Alberta’s regulator by GreenPath Energy Ltd., included video of escaping methane taken by an infrared camera.

“The video is what was most compelling for us. To see plumes of methane coming off of equipment and tanks at oil and gas facilities clearly shows there is a real problem,” said Marshall in an interview with CBC News.

“If those emissions are being under-reported, it means the oil and gas facilities are leaking more greenhouse gases and have a much bigger impact on the climate.”

Methane is a potent greenhouse gas, 25 times more damaging to the climate than carbon dioxide.

For that reason it’s considered to be relatively easy to capture the emissions by improving industry equipment and changing practices.

The Canadian Association of Petroleum Producers doesn’t agree with the findings of either report.

“Industry does not support the findings or recommendations of these studies due to their limited scope and misrepresentation of reporting mechanisms currently in place,” said CAPP spokesperson Chelsie Klassen in an email to CBC News.

“Our industry recognizes the opportunity for better performance on methane emissions and have been addressing this by working with regulators and governments on ways to further improve performance at new and existing installations,” she said.

The federal government is bringing in new regulations to reduce methane emissions by up to 45 per cent by 2025. The new rules will require the petroleum industry to monitor and control its methane pollution.

Although those regulations were supposed to start phasing in next year, Ottawa is now proposing to delay that by up three years.

Bruce said that would be a mistake.

“Our research shows the magnitude of Canada’s methane pollution is so much bigger than previously estimated by government or industry and that Canada’s response needs to be much stronger and implemented much more quickly.”