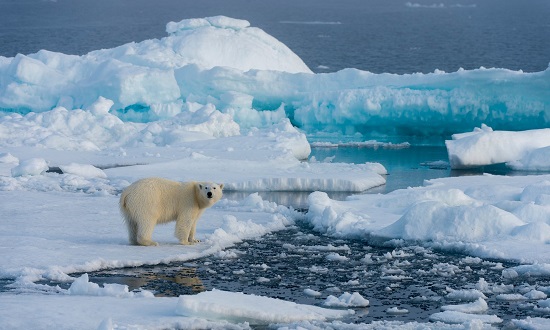 A chronological listing of news articles posted on the Skeptical Science Facebook page during the past week.

5 reasons the Arctic’s extremely warm winter should alarm you

You can see dramatic climate change impacts even in the dead of Arctic winter.

This polar bear is alarmed. LightRocket via Getty Images

Cape Morris Jesup in Greenland is just about the northernmost piece of land on planet Earth. It’s located just 400 miles south of the North Pole, on Greenland’s craggy, desolate north shore. This is a place so far north that the sun doesn’t rise for most of the winter months.

In February, in the dark of winter, Cape Morris Jesup’s weather station recorded nearly 60 hours of temperatures above freezing — a new record. On February 24, the temperature reached a high of 43 degrees Fahrenheit.

Think of it like this: On February 24, you could be standing on the northernmost bit of land in the entire world, in darkness, in shorts and a T-shirt. That you wouldn’t quickly die is astounding because the cape’s temperatures are usually closer to minus 30 degrees in February.

It’s often said that on this warming planet, nowhere is changing faster than the Arctic. But this winter is providing stunning new evidence of a region in extraordinary, worrying flux. It’s also a hint of the future to come: an Arctic Ocean that’s not permanently frozen and all the disastrous consequences that come with that.

Here are five of the most alarming observations of the Arctic from the beginning of this year.