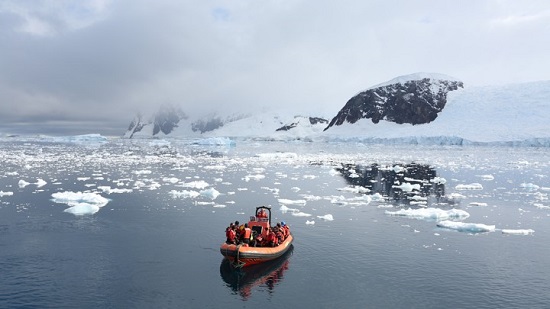 A chronological listing of news articles posted on the Skeptical Science Facebook Page during the past week, i.e., Sun, Dec 31, 2018 through Sat, Jan 5, 2019

But experts warn that our overall picture of sea-level rise looks far scarier today than it did even five years ago.

One of the scariest scenarios for near-term, disastrous sea-level rise may be off the table for now, according to a new study previewed at a recent scientific conference.

Two years ago, the glaciologists Robert DeConto and David Pollard rocked their field with a paper arguing that several massive glaciers in Antarctica were much more unstable than previously thought. Those key glaciers—which include Thwaites Glacier and Pine Island Glacier, both in the frigid continent’s west—could increase global sea levels by more than three feet by 2100, the paper warned. Such a rise could destroy the homes of more than 150 million people worldwide.

They are now revisiting those results. In new work, conducted with three other prominent glaciologists, DeConto and Pollard have lowered some of their worst-case projections for the 21st century. Antarctica may only contribute about a foot of sea-level rise by 2100, they now say. This finding, reached after the team improved their own ice model, is much closer to projections made by other glaciologists.