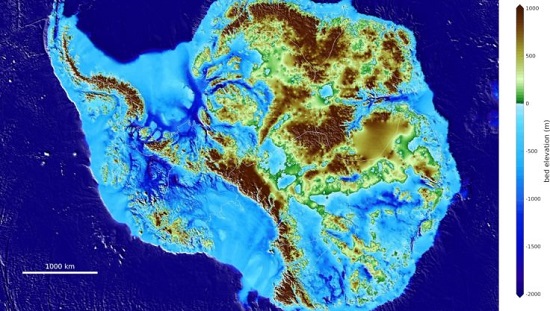 A chronological listing of news articles linked to on the Skeptical Science Facebook Page during the past week, i.e., Sun, Dec 22 through Sat, Dec 28, 2019

Record hit for most ice to melt in Antarctica in one day, data suggests: “We are in a Climate Emergency”

The record in recent decades for the highest level of ice to melt in Antarctica in one day was reached on Christmas Eve, data suggests.

Around 15 percent of the continent’s surface melted on Monday, according to the Global Forecast System (GFS) by the National Centers for Environmental Prediction (NCEP). The data comes from the Modèle Atmosphérique Régional (MAR), a model used for meteorological and climatic research.

Xavier Fettweis, a climatologist at the University of Liège in Belgium, who tweeted the data on Friday, said this is the highest melt extent in Antarctica in the modern era, since 1979. He added the production of melt water is a record 230 percent higher than average since November this year. That’s despite the melting season not yet being over.

Record hit for most ice to melt in Antarctica in one day, data suggests: “We are in a Climate Emergency” by Kashmira Gander, Tech & Science, Newsweek, Dec 27, 2019