Home News Category 6 Sets Its Sights Over the Rainbow

This is a re-post from Weather Underground by Bob Henson

Above: This rainbow appears unusually low in the sky because it has formed early in the afternoon, rather than toward sunset. For a rainbow to form, water droplets must be present in the air in front of an observer and the sun must be shining from behind the observer. Rainbows result from the refraction and reflection of sunlight by these water droplets. (Bob Henson, via UCAR Digital Image Library)

Given that the very first entry in Dr. Jeff Masters’ WunderBlog (the original name of this blog) was “The 360-degree Rainbow”—see the full story in Jeff’s farewell post from October 2019—I thought it would be apropos for this final Category 6 entry to spotlight another, very different kind of rainbow.

I took the photo above looking east-northeast while stopped on a drive across northwest Oklahoma in April 1991, with a severe thunderstorm in the distance. I’d never seen a “rainbow rise” before, and I’ve certainly never seen anything that was as distinct as this. Primary rainbows always form opposite the sun, with an imaginary line running from the sun through the observer’s head to the center of the rainbow arc. So in order to see a rainbow near the horizon, the sun needs to be almost 42° above the opposite horizon. That’s typically the case in the early to mid-afternoon (solar time) in midlatitude spring, as was the case on the stormy April day when I snapped this photo.

Rainbows are laden with symbolism, especially about places that lie beyond our human reckoning. When our pets die, we talk about them crossing the “rainbow bridge.” A 16-year-old Judy Garland sang longingly about a place “over the rainbow” in “The Wizard of Oz”—the most famous movie of all time in which a weather event (that mesmerizing tornado!) served as the central plot twist (no pun intended).

I like to think of the rainbow pictured above as symbolizing the multitudinous human colors and textures that have made this meeting place what it is. Collectively, our readers have contributed far more content to Category 6 than we regular authors have, and you’ve made it a welcoming spot for people from many ages, many walks of life, and many corners of the planet. I can’t do justice to all of you in a single farewell post, but I hope you will each consider this a heartfelt “thank you” for every weather tidbit you’ve shared and every friendship you’ve cultivated here. I hope you’ll all sign the yearbook, as it were, in the Disqus comments below (and be sure to check out the moving testimonials at the “end of an era” announcement post from June 10).

I’m especially glad that this blog has been a place for serious discussion of human-produced climate change, the environmental issue of our lives. Since Jeff Masters started this blog in 2005, the global concentration of carbon dioxide has risen from about 380 to 415 parts per million—an increase of nearly 10%. Methane concentrations have jumped from about 1780 to 1870 parts per billion. And global surface temperature has spiked by a frightening 0.5°F (0.3°C). You’ve read in our many posts about the consequences: heat- and drought-fueled wildfires, record rains from a juiced-up atmosphere, the effects of a warming planet on a vast range of ecosystems. As disasters typically do, the myriad impacts of climate change tend to hit those who are most vulnerable, including people of color, the hardest. We’re not doing close to enough to keep this slow-motion catastrophe at bay.

As Jeff put it this week in a post at “Eye on the Storm,” his new blogging home:

“Many students’ recurring nightmares involve a final exam tomorrow for a course they seldom attended all term: They can’t remember where the classroom is, and barely studied for the exam. Unfortunately, that nightmare describes humanity’s situation for the coming climate change final exam. While the stakes for flunking the COVID-19 quiz have been crushing—over 425,000 people dead globally by mid-June, economies crippled, and an as-yet unrealized catastrophe looming for many nations in the developing world—the cost of failing our inevitable collective climate change final exam will be apocalyptic for civilization.”

Here are a few more words from Dr. Masters on the occasion of Cat 6’s final post:

“The sun has set upon the Weather Underground blog community. It was an amazing place to learn about weather and share knowledge and experiences with other weather enthusiasts, and my life has been touched and transformed by the people who gathered here. My love and thanks go to all of you who participated in the WU community and made this blog so unique. Huge thanks go to the WU staff who made the user experience unmatched for any weather site on the Internet, and who labored incessantly to keep the servers running. Special thanks go to our volunteer moderators, and to the many fantastic bloggers that have contributed their remarkable insights to WU—Bob Henson, Steve Gregory, Chris Burt, Ricky Rood, Margie Kieper, and Lee Grenci—and to Maximiliano Herrera, for his amazing work keeping track of global weather records.

“Remember that as the sun sets, the rainbow that it creates rises; as is written in Ecclesiastes, ‘Look upon the rainbow, and praise Him who made it.’ I will continue on in my role as your guide to the beauty, power, and danger of our magnificent atmosphere at my new home at yaleclimateconnections.org, ‘Eye on the Storm’. I’ve already made four posts there over the past two weeks, and will crank it up once hurricane season moves into high gear. I’m particularly excited that Bob Henson has agreed to join in and pitch in during the peak part of hurricane season.

“While my posts currently do not have a comments section, the good people at Yale Climate Connections have made instituting one their highest priority, and they anticipate that the WU community will have a new home to congregate at in the next few weeks. Your hard-working WU moderators have agreed to come along for the ride, and will be moderating the new comments section. You can sign up for email announcements on when the new comments section will be launched.”

Our moderators plan to keep the comments on this final Cat 6 post open until at least midday Monday. Meanwhile, the Category 6 archives will remain here at the WU site for the foreseeable future, linked from the “News and Blogs / Blog Archive” tab. Note that there are two indexes, one from 2005 through March 2017 and the other from April 2017 to present.

Until we meet again, please keep your eyes to the skies and your observing skills sharp. We’re going to need them for hurricane season 2020! 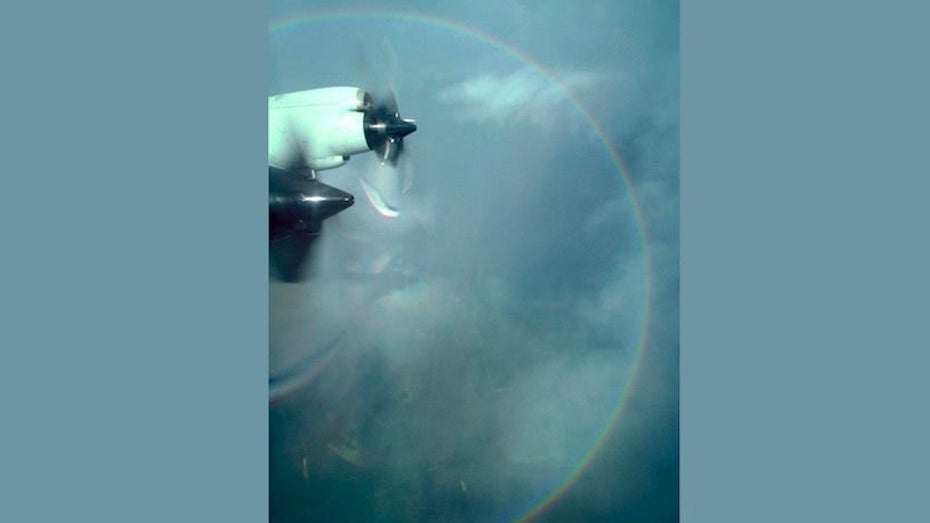 The intro image from Dr. Jeff Masters’ first blog post, “The 360-degree Rainbow,” which ran on April 14, 2005. Jeff took the photo from a NOAA P-3 hurricane hunter aircraft as it flew through a rain shower near South Florida in 1988. (Jeff Masters)

An Taisce submits report to the OECD on the failure of Irish sustainable transport policy: What lessons can be learned to ensure...