Home Politics Climate denial Church of England Urged to Divest from Oil and Gas Companies at... 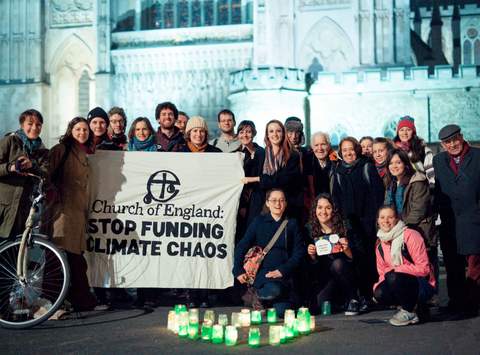 The Church of England’s approach to climate action has come under the spotlight ahead of its general meeting as pressure mounts for it to divest from all fossil fuel companies.

The general Synod will vote on a motion to reaffirm the Church’s existing strategy to engage with oil and gas companies and urge them to take more ambitious climate action when it meets in York later this week.

But campaigners said the motion was not going far enough and tabled an amendment calling on the Church to threaten to divest from fossil fuel companies if they are not on “an unequivocal path” to align their business models to the Paris Agreement goals by 2020.

The call for the Church to strengthen its stance on fossil fuel investments comes after Pope Francis urged big oil including Exxonmobil, Eni, Shell and BP to make a faster transition to clean energy.