This is a re-post from …and Then There’s Physics

Carbon brief has a very nice interactive report that show the impacts of climate change at 1.5C, 2C and beyond. It presents the various projected climatic, ecological, and economic changes on both global and regional scales. It is an impressive dive into the relevant literature.

On Twitter, Doug McNeall said something I’ve often wondered myself. Essentially, why don’t projections of large climatic and ecological changes lead to large projected economic damages? Of course, I don’t know the economic literature particularly well, so one potential answer is that some economic analyses do project large changes. However, it also seems that some certainly do not.

One possibility is that the global economic impact will indeed be relatively small, even if the climatic and ecological changes are large. Of course, even if this were the case, this wouldn’t necessarily imply that a cost-benefit analysis wouldn’t still suggest that it would be beneficial to address climate change.

Additionally, even if the global economic impact is relatively small, that doesn’t mean that there can’t be large impacts in some regions, or that some of the impacts (such as the loss of ecosystems, for example) aren’t things that are difficult to quantify economically, at least in a way that we would all broadly agree with.

However, I do think there are reasons to be cautious about some of these economic analyses. Let me provide a caveat up front. I’m not an expert at this, so am happy to be corrected if I get something wrong, and am partly writing this in the hope that I might learn something more.

For starters, these analyses are typically linear. This essentially means that they can say nothing about the possibility of some kind of large shock. Some of these analyses actually suggest the possibility of quite small global economic impacts even for extremely large changes in climate (see links below), which would seem to suggest that there is some point at which these calculations break down.

Also, as I understand it, most of these analyses do not consider how climate change might impact economic growth itself (see this Carbon Brief Explainer about IAMs). If the global economy grows at 3% per year, then it will be about 10 times bigger in 2100 than it is today. A large economic impact in 2100, might then seem small by comparison to the global economy at that time. Equivalently, if you discount these future economic costs to today, they can also seem quite small. Is it reasonable to assume that global economic growth will be largely unaffected by climate change?

My own view, which I’m happy to be convinced is wrong, is that these kind of analyses are fine if you want to understand things like what would happen if we did something (like impose a carbon tax). They’re probably also fine if you’re interested in how the economy will response to relatively small climate and ecological perturbations, or will respond over the next few decades. Where I think we should be more cautious is when the climate/ecological perturbations are large, or when considering very long, multi-decade timescales.

You might regard it as ironic that I’ve defended climate projections over quite long timescales, while suggesting that we should be cautious about economic projections over the same timescales. For starters, there are aspects of these climate projections about which we have more confidence than others (global versus regional responses, for example), and the uncertainty does grow as the timescale increases. So, it’s not as if we completely trust climate projections either. However, as this paper by Jonathan Koomey points out, physical systems have structural constancy, while economic and societal systems do not. We can be confident that the response of a physical system to a perturbation will be the same in the future as it is now. We can’t be similarly confident when it comes to economic/societal systems.

Links:
The impacts of climate change at 1.5C, 2C and beyond (Interactive Climate Brief post about climate impacts).
Q&A: How ‘integrated assessment models’ are used to study climate change (Carbon Brief post about Integrated Assessment Models – IAMs).
Economics and Values (Post I wrote about economics and values).
We don’t even agree about the basics (Post I wrote about why we shouldn’t judge climate models in the same way we might judge economic models).
The Treatment of Risk and Uncertainty in the US Social Cost of Carbon for Regulatory Impact Analysis (Paper highlighting: To take the DICE model as an example (Nordhaus, 2008; Nordhaus & Boyer, 2000), it can easily be shown that the assumption of a quadratic relationship between damages and temperature, together with the modellers’ specific coefficient values, implies that global warming can reach more than 6°C before the equivalent of 10% of global GDP is lost, and 18°C before the equivalent of 50% is lost.)

Antibiotic-destroying genes widespread in bacteria in soil and on people

Reflecting sunlight to cool the planet will cause other global changes 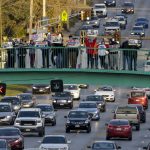 ClimateHome climatechange - November 15, 2017
0
A wrangle over the climate commitments made by rich countries before 2020 has resulted in several concessions to developing countries. Climate talks in Bonn have been...

Feasta climatechange - January 3, 2019
0
We're launching 2019 with this chapter from Credo by Brian Davey, in which he discusses the need to emphasise being over having, and to...