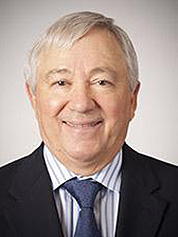 In its search for $54 billion in cuts from domestic spending to offset an equal increase in defense spending, the Trump administration is reportedly looking at sizable reductions at agencies such as U.S. EPA, the State Department and the Department of the Interior.

And while the proposed cuts at the Energy Department have yet to be leaked, if they are on the same order of magnitude and follow transition-period advice from conservative think tanks, then the venerable U.S. Energy Information Administration may be in danger.

This wouldn’t be the first time that a new president, feeling that his election validated an agenda to dismantle parts of the federal government, turned his sights on EIA.

President Reagan did just that in 1981.

In his first budget, Reagan proposed to cut back on EIA’s work, saying its data and analysis had “limited practical value.”

Guy Caruso. Photo courtesy of the Center for Strategic and International Studies.

And handing some or all of its work over to the private sector also was discussed early in the George W. Bush administration.

“We talked about it a little bit when I was administrator, but it never rose to any serious policy discussion. No one in the leadership thought it was worth pursuing,” said Guy Caruso, who was administrator from July 2002 to September 2008.

Privatizing EIA “had been raised at the time by a consulting company that had their own self-interest in mind because they wanted to be the one that would basically take over,” Caruso said in an interview. Caruso is a senior adviser at the Center for Strategic and International Studies.

Neither the Reagan nor the Bush effort gained traction. But this year could be different.

The latest challenge to the federal government’s role in collecting and analyzing a sweeping range of energy data stems from a series of recommendations by the Heritage Foundation, a conservative think tank whose post-election proposals for the Trump administration, “Blueprint for Reform,” would eliminate or privatize EIA. Heritage staff played prominent roles on the Trump transition team.

Currently, all EIA data and analyses, much of which is mandated by more than 20 federal statutes, are free.

Can’t someone else do it?

Heritage economist Nicolas Loris is the author of the recommendation to privatize EIA.

“I think there’s a lot of value in what the EIA does,” he said in an interview.

Loris suggested that a company “or even a consortium of companies” could bid to take over EIA and that energy industry “companies are certainly wealthy enough to do that research on their own” or pay for it from a third party.

“In the grand scheme of things, it’s not a large chunk of money,” Loris said, referring to EIA’s budget of $122 million.

That budget supports 375 full-time employees. But it also pays for roughly 200 private-sector contractors.

“There are folks at [the White House Office of Management and Budget] who are looking for any and all types of ways to downsize the size and the scope of the federal government,” he said.

And that bipartisan support has been strong since the agency was created in 1977, Caruso said.

He credited former Rep. John Dingell (D-Mich.) for advocating within the newly created DOE for “an independent source of data and analysis that had to have the trust of both the companies that were submitting the data, because a lot of it is very sensitive commercial data, and then secondly, the trust of Congress and the key committees” to ensure there is “no political manipulation of the analysis,” Caruso said.

Adam Sieminski, who led EIA during the Obama administration from June 2012 to January, agreed.

“In order to make good policy, the policymakers have to be informed, and the best way to have them informed is to have statistical agencies with a long track record of knowing how to do it, and how to do it without the actual or appearance of bias is very important,” he said, recalling that part of what drove the creation of EIA was the Arab oil embargo of 1973.

During and after embargo, federal government “policymakers were scrambling to try to figure out where oil was and where it was coming from,” he said.

The Interior Department had some data, but otherwise the information was in the hands of the industry, he said.

“My feeling has always been I would rather have our lawmakers using facts rather than opinions on issues, and EIA does a pretty good job of getting to the factual situation,” he said in an interview.

Sieminski recently joined the Center for Strategic and International Studies as the James Schlesinger chair for energy and geopolitics.

It’s certainly possible to privatize EIA, Sieminski said, but it would be “tricky” because Congress gave the agency “the legal authority to require companies to respond to surveys” on oil, natural gas, coal, nuclear, renewables, electricity, consumption and efficiency.

A private entity wouldn’t have the legal authority to do the same unless Congress “deputized” it to demand the data.

EIA is “very careful” with the data it collects, Sieminski said. 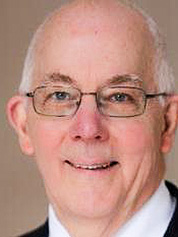 If it were run by a private entity “who would have access to that data, how much would you have to pay for it?” he asked.

“Does the general public and academic institutions that are getting data from EIA now, do they have the money to afford to pay some private company to collect it, and how do they know that the data that they’re getting isn’t biased, and on top of all that, are the companies going to have classes of customers?” Sieminski said.

He asked what would stop a private entity from saying that “if you pay me a lot of money, I’m going to give the weekly petroleum statistics to you before everybody else gets it so you can trade on that information on Wall Street. That just doesn’t sound like something that’s in the public interest to me.”

“Markets work in the U.S. because there’s transparency, and EIA plays a huge role in the transparency of energy data in the United States,” he said.

An electric industry analyst concurred, saying that “in instances where EIA is one of multiple sources of information, EIA is often considered the ‘gold standard’ or at least a highly regarded alternative, given its reputation for consistent, reliable and available data.”

One example of how EIA data is a “sole source” benchmark for industry is the “Monthly Electric Utility Sales and Revenue Report with State Distributions” (Form EIA-826), through which EIA collects and reports the revenues, sales and customers across the customer classes.

“This information is used as a benchmark to compare the average rates (revenues divided by sales) for all U.S. retail electricity providers, and rates are at the core of nearly all discussions of the U.S. electricity industry,” the analyst said.

Such an assessment by industry is evidence of “the trust between the submitters of the data” and the agency “so [the data] won’t be used in a way that’s detrimental,” Caruso said.

“The trust issue really is a biggie,” he said.