Home Irish Focus GreenNews.ie Feed ‘Everything is Changing’ – Whale life from around the Irish coast 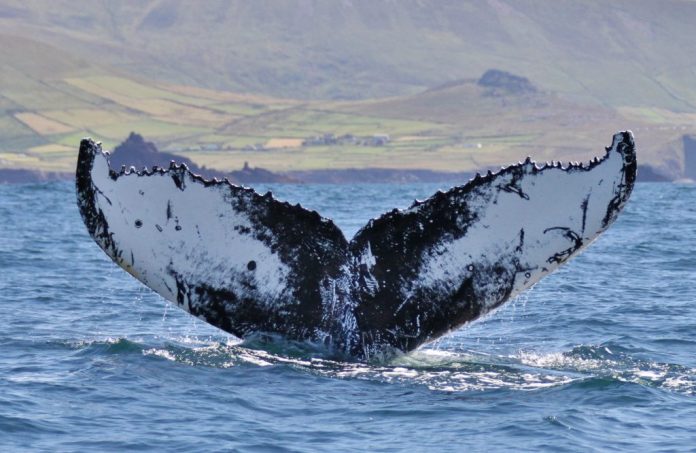 Eighty-two feet long, the skeleton of a Wexford blue whale named Hope
has supplanted ‘Dippy’, the much loved Diplodocus,
as the main attraction at Hintz Hall in the National History Museum in
London.

“Look at the whale!” exclaim the children pointing upward, their small
bodies further miniaturised as they pass beneath Hope’s colossal ribcage, comprised
of 32 ribs and once housing a 500-pound beating heart.

One gets the impression their wonder and excitement is well matched by
the sheer scale of Hope herself, her majesty, as well as the efforts taken by
the museum staff to put her together – installing the largest living creature
on Earth, bone by bone, in an act as deliberate as it was precise.

By replacing Dippy, a replica dinosaur, for something real, Hope’s keepers have inspired wonder for all wild creatures that exist today in an increasingly hostile world, with our whales all too often caught in the crosshairs.

At the Irish Whale and Dolphin Group’s annual meeting held in Dublin
last December, the phrase “everything is changing” summed up Ireland’s whale activity.
While Sightings Officer Pádraig Whooley reported the huge potential for whale
science in Ireland, the “flurry of sightings” in 2019 gives cause for concern.
Times are changing, he said.

At risk are humpbacks, increasingly found further inshore in Irish
waters, as are fin whales at certain times of the year. Irish fin whales are
further weakened by competition for food with commercial fishing vessels and the
same is true of the humpback and other species at sea.

“People are less interested in strandings now”, said Mick O’Connell, Strandings
Officer for the IWDG, despite the fact that cases have doubled over the last
decade. O’Connell presented the distressing case of one minke whale washed
ashore at Murlough Beach.

Deep lacerations on its tail provided evidence of a painful struggle to
free itself from entanglement in fishing gear. O’Connell pointed to the beauty
of the animal, making the sad contrast between this natural perfection and its
ugly death by drowning.

However, with so many variables effecting animals at sea, O’Connell
cautions that it is difficult to determine exactly why we are seeing such an increase.
What is clear is that the dead are presenting in a poor state. Mounting
evidence supports the idea that human activity is making life at sea treacherous
for whales: animals are washing up emaciated (starved out by over-fishing),
burdened with toxins (oil and gas, flame retardants and pesticides), or found
with injuries clearly caused by ship strikes.

Acoustic assault by traffic, military sonar and sound blasting for oil and gas are also having what scientists call a “sub-lethal” effect where whales may not die immediately but go on living with much difficulty.

Live strandings are not uncommon in Ireland and this presents an animal
welfare issue. ‘Hope’ herself beached on a sandbar in Wexford harbour on 25
March, 1891 where she struggled for over 24 hours until a local lifeboat pilot
called Ned Wickham arrived on the scene with a make-shift harpoon. Spearing the
flesh under her pectoral flipper, Wickham spared Hope the fate of suffocating
under the weight of her own organs by puncturing her massive heart.

Last October, a young fin whale grabbed headlines when it turned up in
Dublin port last October. Footage from the event showed that the male calf was
confused and injured from a suspected ship strike. The animal was dragged out
to sea and dumped, only to wash up on Dollymount Strand later in a decomposed
state.

The IWDG criticised the missed opportunity to perform a necropsy calling
for a Large Whale Response Protocol, asking the State to support their work as
stranding incidents increase. Similar schemes underway in Scotland recommend targets
for the number of whale necropsies on priority species and highlight the need to
increase the utility of tissue samples harvested from the animals.

Honour them through study

As the largest sentient beings on the planet, they predate us in
evolutionary terms by two million years. Secrets about their sensory version of
reality, its otherworldliness, are far beyond the reach of modern science.
Stranded whales offer an opportunity to expand our knowledge and our
imaginations. By studying them in death we may honour them in life.

The Irish Cetacean Genetic Tissue Bank was founded by the IWDG in 2006
with the National History Museum: the scheme has 1,271 samples to date,
representing a full range of species it serves as a valuable resource
internationally. “All information is good information,” says Nigel Monaghan, keeper
at the museum.

He encourages the taking of samples; a broad data spread has the
potential to support any number of meaningful projects. Collaboration is a
great advantage to Ireland, as a small island we stand to make a big impact on the
advancement of whale science worldwide.

On paper, the Irish Government have declared all Irish waters within the
EEZ a whale and dolphin sanctuary. The Large Whale Response Protocol, with
policy documents already in place by the IWDG, offers a practical application
for that designation, as well as cause for ‘hope’ through boots-on-the-ground
action.

February is the month that whale strandings are known to peak. State support could go further by providing the chance to understand death as a means to conserve lives. 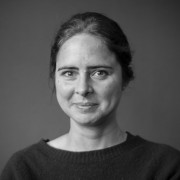 Kate is a freelance writer with work published in The Guardian, the Financial Times and the New York Times blog. She is a former Editor of The Plant, a UK magazine on plants and other greenery

The post ‘Everything is Changing’ – Whale life from around the Irish coast appeared first on Green News Ireland.