Last year Irish farmers had a hard year of it. On the one hand, the unprecedented summer weather caused havoc for crops and livestock. On the other, it is the farmers who are getting much of the blame for Ireland’s greenhouse gas emissions.

The reality of climate change is certainly beyond doubt. Even the ploughing championships were interrupted due to unseasonably windy weather. Now meat is firmly in the firing line as a way to achieve change. But is farming the real culprit?

Well, yes and no. Current farming methods do actually have a huge greenhouse gas load – and no, farming doesn’t have to be as high an emitter as it is at present.

In fact, there’s a phrase used in permaculture: “The problem is the solution”. In Ireland, and throughout the world, farming might be what saves the day when it comes to climate change.

Over the past 50 years, the increase in global nitrogen fertiliser use has had several problematic impacts on the climate.

In addition, nitrogen fertilisers have the unfortunate tendency to strip carbon from the soil and release it into the atmosphere. Current farming methods also leave soil bare for much of the year, contributing to soil erosion and humus loss.

Cows also generate a lot of methane, a greenhouse gas 25 times stronger than CO2 (but that’s something they’ve always done, so there’s no great change there other than the numbers involved).

So yes, our current farming methods are directly implicated in the more extreme weather the world is witnessing. However, the flip-side is that we can shift how we manage the nutrient cycles on our farms and not only reduce our impact, but actively reverse it.

This is done by building soil humus. This is the carbon-rich glue that holds the soil together. It gets destroyed when too much nitrate is added to the land. However, we can sequester atmospheric carbon back into our soils again, improving soil structure and the availability of nutrients for growing crops.

A happy by-product of high humus content in the soil is that it also improves drainage and enhances moisture retention. Much of the flooding we’ve seen in recent years has been down to a combination of extreme weather alongside a greatly reduced moisture holding capacity in our fields and river catchments.

It’s not only in the soil where water is held, but also in woodlands, hedgerows and wetlands. The more we can reinstate these, particularly along existing drains, streams and rivers, the more we can help to protect downstream areas from the impacts of flooding.

So, how do we increase the humus content of our soils?

The most straightforward way is by incorporating as much carbonaceous material as possible, and ploughing in green plant material is one way to do just that. Composting it is better again.

The composting process stabilises the plant carbon into humus where it lasts longer in the soil than simply incorporating green manures or overwinter cover crops, although these latter methods are valuable also. 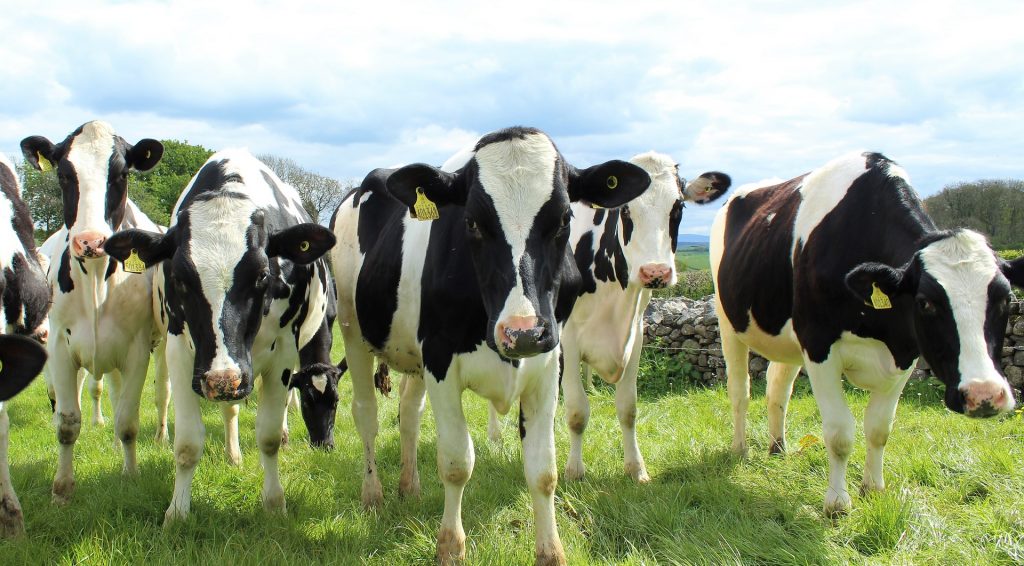 A crucial factor in soil health and the ability of our soils to sequester atmospheric carbon is the grazing cycle. Current practice is to graze cows on a section of ground for an extended period of time.

The grass stays short and as it grows back it is kept in check by continued grazing. By using holistic management we could have fields that look like prairies rather than lawns and get a higher stocking rate than we do at present with lower ecological impact.

Tall grasses also have deep robust roots that open heavy soils, seek out deep nutrients, and are a large reserve of carbon. Much work has been done in this area by the Savory Institute and the farmers around the world following holistic management techniques.

For too long we have undervalued our soils, and we have transferred their carbon into the air, rivers and seas.

It’s time to recapture that carbon and reverse climate change in the process.

Despite the challenges we face in farming and in climate change, the solutions already exist. We can change the methods of production and become world leaders in regenerative agriculture.

We can introduce these practices and show how farming can be one of the solutions to climate change throughout the world.

Féidhlim is the Director of FH Wetland Systems environmental consultancy and the author of Get Rid of Your Bin; Septic Tank Options and Alternatives; and Permaculture Guide to Reed Beds.

The post Farming and climate: Do the solutions already exist? appeared first on Green News Ireland.

Herd Immunity, Deathmaking and the Limits to Growth