Grazing donkeys are helping to conserve one of Ireland’s most endangered species of butterfly on a Kildare bog, with populations now at record levels.

The population of Marsh Fritillary butterflies is at an all-time high on the Irish Peatland Conservation Council’s (IPCC) Lullymore West Bog Nature Reserve in Co Kildare.

These butterflies are rare in Europe and are listed in Annex II of the EU Habitats Directive, meaning that their conservation in Ireland is of international importance.

The IPCC monitor the population of Marsh Fritillary on Lullymore West Bog and this year they have recorded a record number of larval nests.

This good news is partly thanks to a new conservation strategy taken by the IPCC – the introduction of donkeys to the site.

In a project funded by the Heritage Council, two donkeys – Neddy and Lexi – took up residence on the bog earlier in the year for just under four months.

The grazing donkeys restored the natural habitat and facilitated the recovery of the endangered butterflies.

Before the donkeys were introduced, the IPCC staff and volunteers had been fighting against encroaching scrub such as Birch, Willow and Gorse. These plants had been invading the bog and were creating large areas of shade.

The Marsh Fritillary caterpillar’s main food source is a plant called Devil’s Bit Scabious, which only grows in open grasslands and was being snuffed out by the shade.

Through their grazing, the donkeys reduced the height of the vegetation allowing the Devil’s Bit Scabious to make a recovery and in turn, improved the conditions for the butterflies.

IPCC’s Conservation Officer Katie Geraghty was delighted with the success of the grazing project. She said that the donkeys “did a fantastic job by eating the rank grasses and reducing the height of the vegetation”.

This created the ideal “structured vegetation that is preferred by the butterflies,” Ms Geraghty added.

This project aimed at conserving Marsh Fritillary is also improving the habitat for other butterfly species on the bog.

During the IPCC’s survey from April to October this year, an incredible 1487 butterflies were counted. This is the highest number recorded on the site in ten years.

The two donkeys will return to the site in the spring of 2018 to continue their good work. 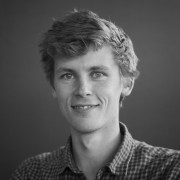