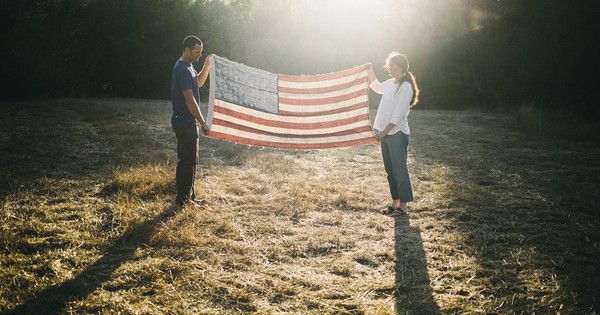 A collaboration between responsible apparel company Patagonia, a veteran-to-farmer training organization Growing Warriors, and Fibershed, a regenerative local textile organization, is shining a light on the potential emergence of industrial hemp farming in the US.

Although hemp has gotten a bad rap over the years because of the misunderstanding (or the outright misinformation) that hemp and marijuana are the same thing, the simple fact is that industrial hemp can provide food, animal feed, fiber, and fuel, all without any psychoactive components, and can be grown with in a much more sustainable manner than many other fiber and food crops.

A short film, funded by Patagonia, takes a look at the efforts of veteran Michael Lewis, who is the founder of the nonprofit Growing Warriors Project, to reintroduce industrial hemp farming in Kentucky (and potentially the entire nation). Like many parts of rural America, Appalachia is home to a variety of extractive industries, which remove resources (and profits) from areas with little regard for the local residents or the environment, and the reintroduction of hemp farming could help to turn things around in these areas.

The plight of the small farmer, especially commodity farmers, isn’t a new one, as the move toward industrialized agriculture has been displacing people from their land for decades now, but the return of a historic crop, hemp, could engender not only a resurgence in local economies, but also in the cultivation of crops that are more sustainable for both the farmer and the land itself.

According to Patagonia’s Cleanest Line blog, pro-surfer and filmmaker Dan Malloy explains that one of the inspirations for making this film was reading an interview with author (and farmer) Wendell Berry in Sun magazine some 10 years ago:

“Mr. Berry explained clearly that industrialized agriculture has inflicted “a kind of cultural amnesia” on our society. In other words, the chasm that has been created between the people raising our food, and us (the ones eating it) is doing more damage than we are capable of quantifying.”

Out of that seed, the film Harvesting Liberty was born, which connects the dots between a sense of place, small farmers, patriotism, and economic stability, with industrial hemp at its core. Although the film is just 12 minutes long, it offers inspiration and perspective on the US’ love/hate relationship with the cannabis plant, as hemp fiber was one of the cornerstone resources that helped to fuel so much of the economic engine of the country in its earliest years.

As Lewis’ brother says in the film, “industrial hemp is a cornerstone for financial and resource stability on the family farm,” which makes the creation of a homegrown, homespun, hand-dyed and hand-woven hemp US flag a very appropriate symbolic act.

If you’d like to see the legalization of industrial hemp farming in the United States, so that it can help reduce the environmental impacts of textile production, become a sustainable and regenerative crop that can empower small-scale farmers, and create a resurgence in domestic jobs in the US farming, fiber, and textile industries, sign this petition, which will be delivered to the US Congress on July 4th, 2016, urging the passing of the Industrial Hemp Farming Act of 2015/2016 (S.134 and H.R. 525).