Home Science Extreme weather Hurricane Ophelia is on course to strike Ireland and the UK early...

Well, this is weird.

Hurricane Ophelia is churning the waters of the northeastern Atlantic, headed for Europe. It’s far from land right now, but it’s noteworthy for its location, intensity, and direction of movement.

The storm is the 10th straight tropical cyclone to reach hurricane intensity in the Atlantic Ocean. Which means this year has tied the all-time record set in 1878 — which was also met in 1886 and 1893, though lack of satellite measurements until the latter half of the twentieth century means there’s some uncertainty here.

Hurricane Ophelia formed well outside what meteorologists refer as the “main development region,” where most hurricanes form in the Atlantic. In fact, Ophelia could set records for the strongest storm to form in its location so far outside the tropics.

The storm is far enough to the north to be captured by the midlatitude westerlies — fast-moving winds at high altitude, blowing generally from west to east. This means the storm isn’t moving from east to west, like most Atlantic hurricanes. Instead, Hurricane Ophelia’s track will bring it on an unusual journey: near or just southeast of the Azores Islands, to the west of Portugal and Spain, and then northward into Ireland and the U.K. by early next week. 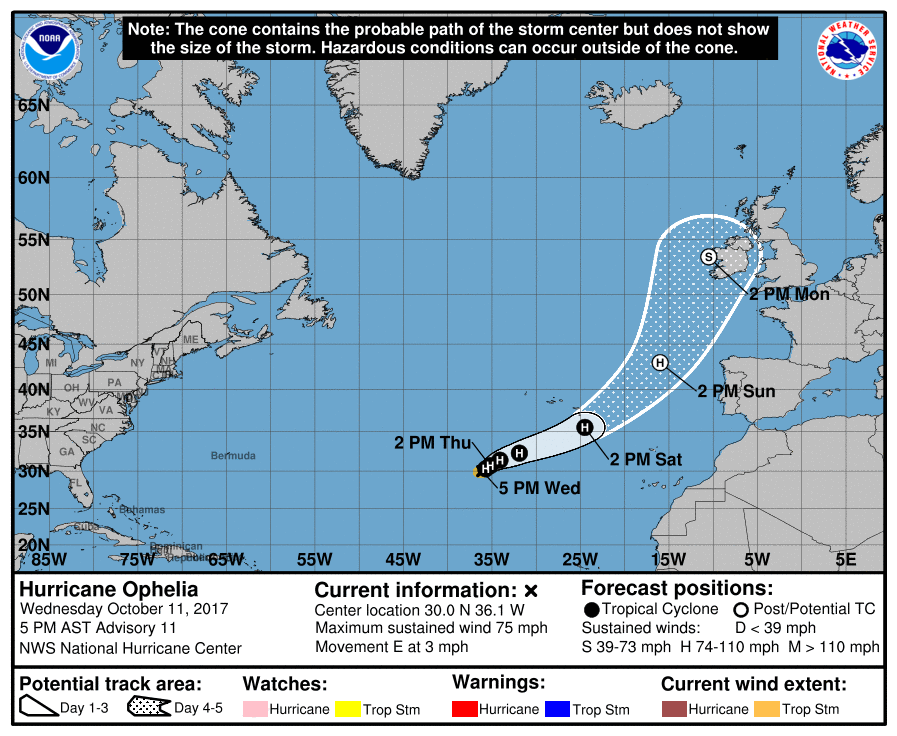 By the time Ophelia reaches northern Europe, it may no longer be a tropical system, instead possibly transitioning into a powerful extratropical low pressure area. The storm may still be capable of producing powerful winds, on the order of 60 to 80 miles per hour, when it makes its closest approach to Ireland and the U.K., which it’s forecast to do on Monday.

The non-tropical phase of Ophelia may feature a larger, more intense storm that could bring a range of hazards to Ireland and the U.K., from damaging winds to punishing waves. 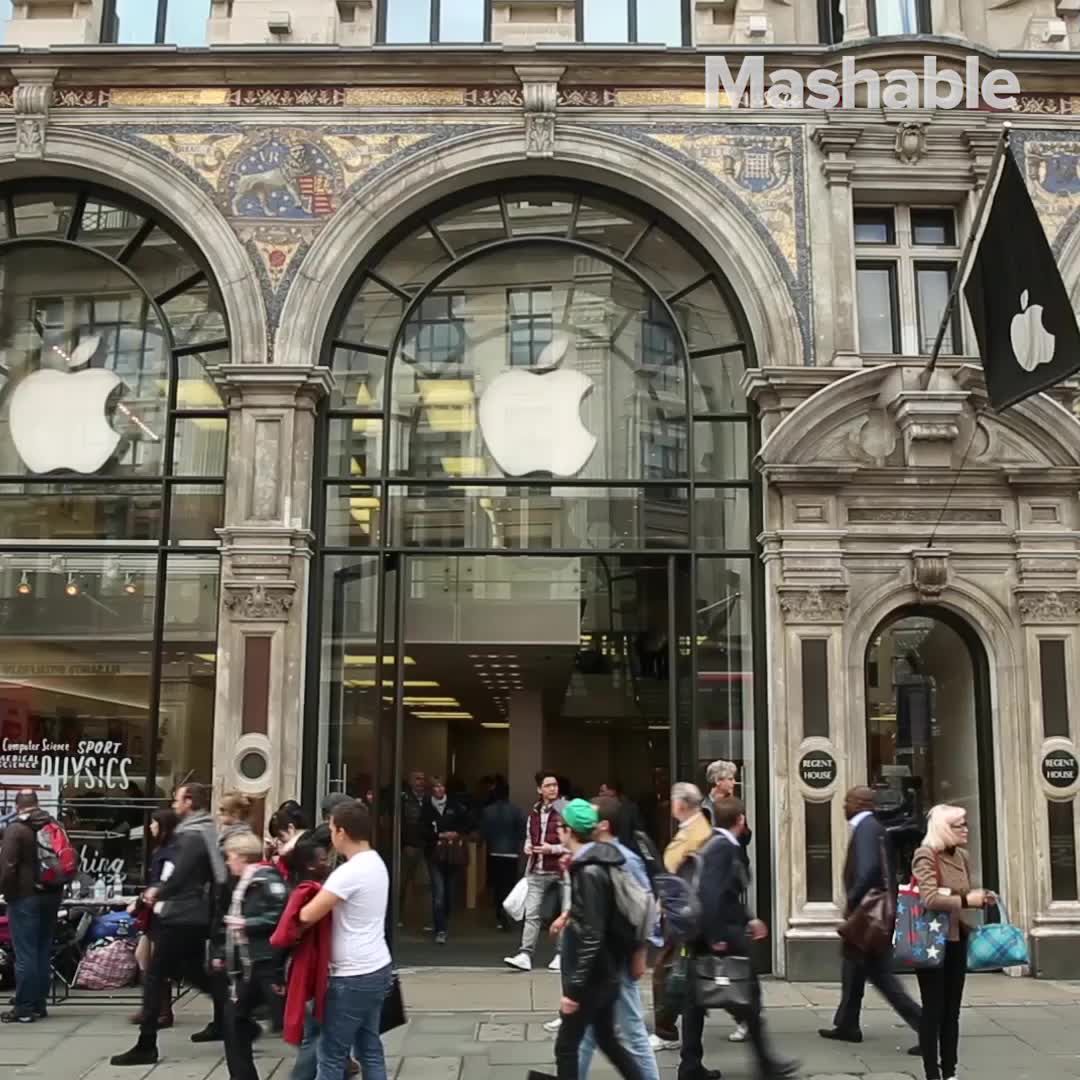