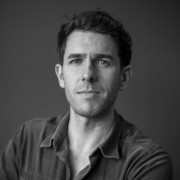 The Climate Change Advisory Council (CCAC) has warned that Ireland’s near certain failure to meet our 2020 emissions targets will impact on our longer term decarbonisation plans.

In its first major report released today, the Council states that Ireland is “unlikely” to meet its 2020 emissions target by a “substantial margin”, warning that the cost of State inaction will fall “much more heavily on future generations”.

The CCAC is an independent body set up under the 2015 Climate Act to advise the government climate change policy and assess Ireland’s transition to a low carbon economy by 2050.

Members include leading scientists, academics, economists and other experts such as the head of the Environmental Protection Agency and the Sustainable Energy Authority of Ireland.

The report states that it is the responsibility of current leaders to make a “concrete commitment” to new measures in the National Mitigation Plan to meet our target of an 80 per cent reduction in emissions by 2050.

Released last week, the long-awaited Plan sets out 106 distinct actions to be taken by the Government to cut emissions in a range of areas including electricity generation, transport, agriculture, and forestry.

While welcoming the inclusion of some of the Councils’ advice in the Plan, CCAC Chair, Professor John FitzGerald said that many of its recommendations “remain to be implemented”.

The Plan has also been met with widespread criticism from environmental organisations, civil society groups and opposition parties for its lack of ambition or meaningful targets.

Prof FitzGerald said that the Plan lacks a “framework for policy prioritisation” and that Ireland will not achieve our national transition objective by 2050 in the absence of additional policy action.

“This will have implications, not only for 2020 targets but also for compliance with 2030 targets and longer term decarbonisation to 2050,” said Prof FitzGerald.

The report finds that additional policies need to “implemented rapidly” to meet 2030 targets and decarbonise the economy by 2050.

Prof FitzGerald said: “It is urgent that effective additional policies are implemented to place our economy on an environmentally sustainable pathway to a low-carbon Ireland in 2050.”

The report also calls for a deep retrofit of the existing building stock to near zero emissions levels, and the phasing out of the use of fossil-fuel powered transport systems.

Ireland should also be at the “forefront” of international efforts to find a “robust pathway” to emissions neutrality in the agricultural and land use sector, the report states.

The Council calls for the development of a comprehensive land use strategy to reduce emissions and to also remove carbon in the atmosphere through sequestration.

The report states that the National Forest Policy to increase forest cover from 11 per cent (768,000 hectares) of land-use to 18 per cent by 2050 can play a significant role in storing carbon, and calls for “greater ambition” in expanding sustainable forestry.

The National Adaptation Framework to address how Ireland can achieve a climate resilient economy and society by 2050 is set to be released within the next 12 months.

The Citizens’ Assembly will also meet on three separate occasions between September and November to consider: ‘How the State can make Ireland a leader in tackling climate change’.