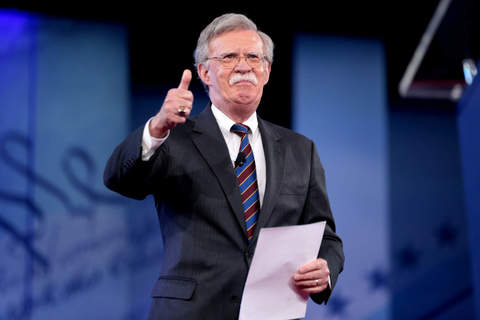 A close advisor to Donald Trump who wants to slash environmental regulation and regards Brazil President Jair Bolsonaro as a “like-minded partner” is acting as the go-between the White House and hard-Brexiters at the top of the UK government.

John Bolton, President Trump’s national security advisor and a pro-guns, pro-war advocate, has been cheerleading for the UK to leave the EU, cut red-tape and strike a free trade deal with the US.

The former US ambassador to the UN, who has has long held anti-EU views, has been revealed to regularly speak on the phone with International Trade Secretary Liam Fox and Transport Secretary Chris Grayling — two hard-Brexiters inside Theresa May’s cabinet.