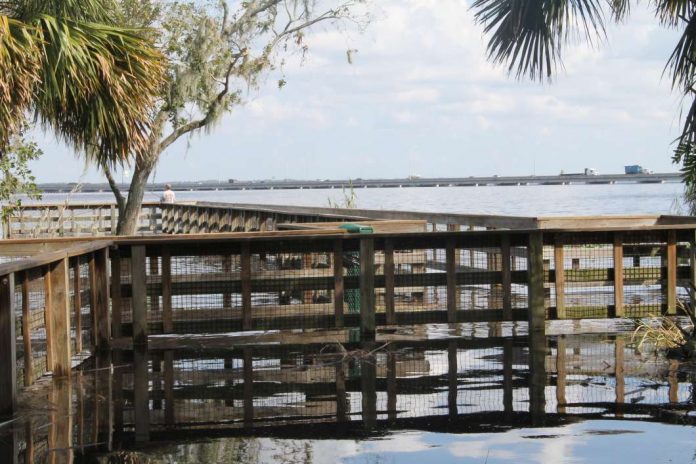 Lake Jesup is part of the St. Johns River, the state’s longest river. The river flooded after Irma. Photo by Amy Green

Most Floridians believe climate change is adding force and frequency to hurricanes like Irma.

That’s according to a new Florida Atlantic University survey.

The survey found some 56 percent of Floridians believe climate change is causing more volatile hurricane seasons. Thirty percent do not.

The respondents were split on whether Florida’s leadership is doing enough to prepare for sea level rise and coastal flooding. Thirty-seven percent say yes, and 39 percent say no.

Florida lacks a climate change plan. The state is the nation’s third-most populous.

After Irma Gov. Rick Scott said, “our environment changes all the time, and whether that’s cycles we’re going through or whether that’s man-made I wouldn’t be able to tell you.”