Home Politics Climate denial ‘Now Fracking is Finally Here, It Can’t be Ignored’: An Interview with... 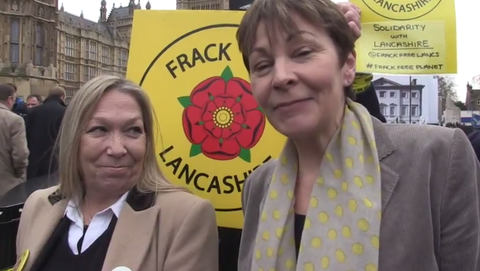 Tina Rothery is standing as the Green party candidate in the Fylde, an area on the frontline of the UK‘s fledgling shale gas industry.

She is running against Conservative Mark Menzies, who won the seat by around 13,000 votes in 2015.

But a vote for her and the Green party is not just a vote against Menzies, she told me over the phone. It’s also a statement: that local opposition to fracking can’t be ignored.