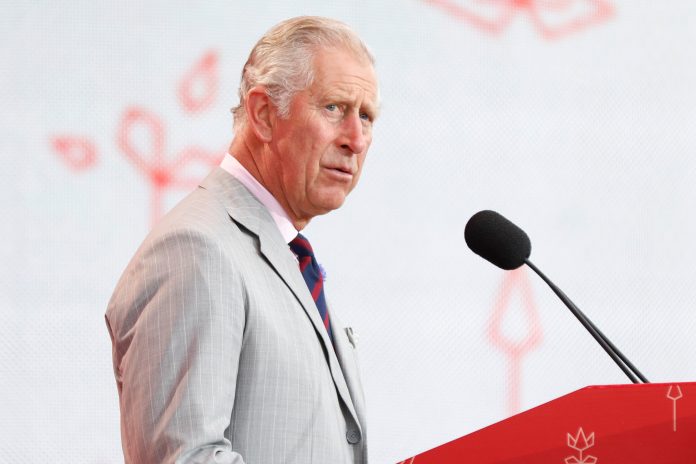 Humanity is “testing the world to destruction” and must act now to protect the oceans, British royal Prince Charles has warned. Speaking to Sky News Thursday after a speech at the 2017 “Our Oceans” environmental conference, Charles said that for years he had been urging action on climate change, but society often waited too long before tackling the most pressing problems.

“You don’t wait until it’s a total disaster before you do something,” Charles said. “It is a terrible aspect of human nature that we wait for proof, so what I was trying to say was: We’re testing the world to destruction.”

“So by the time you have actually tested it, and discovered, Oh, there’s the evidence—it’s too late,” the prince added.

Keep up with this story and more by subscribing now

The royal, who is first in line to the British throne when his mother, the current monarch, Queen Elizabeth II, dies, lamented the level of pollution in the world’s waters. During his speech to the conference, Charles said that the world had “catastrophically underestimated” the sea’s “vulnerability to climate change, acidification and pollution.”

“That significant portions of the Great Barrier Reef off Australia’s eastern coast have been severely degraded or lost over the last few years,” Charles said, “is both a tragedy and also, I would have thought, a very serious wake-up call.”

He said in his Sky interview there was a terrible human cost to climate change and the pollution of the oceans. Charles said that if climate change was left untackled, increasing sea levels and storms of growing severity would threaten coastal communities. “The insurance costs are gigantic and rising, let alone the appalling impact on all these billions of people who live on coasts around the world,” he said.

Meanwhile, Charles added, the depletion of fish stocks also affect many coast dwellers, who are unable to make a living. “What are they going to do? Where are they all going to go?” he asked. “So we end up with human tragedy and mass migration on a vast scale.”

“What we do on the land we don’t realize goes straight out to sea,” Charles added in his Sky interview. He said that there was “all this plastic waste that floats about in the water,” and that “all those chemicals and other things that are used in the makings of these bits of plastic…all end up now within our own system, our own bodies.”

“There is so much plastic broken down into little globules and everything else that fish…are eating what they think is plankton and in fact it turns out to be plastic,” the prince continued.

During his speech, the prince called for action, including more investment in recycling plastics, better protections for oceans and marine life, and “a realization that this small, beautiful blue dot of a planet may have been misnamed.”

“It is not Earth, it is actually mostly sea, and we are utterly reliant upon it,” Charles said.