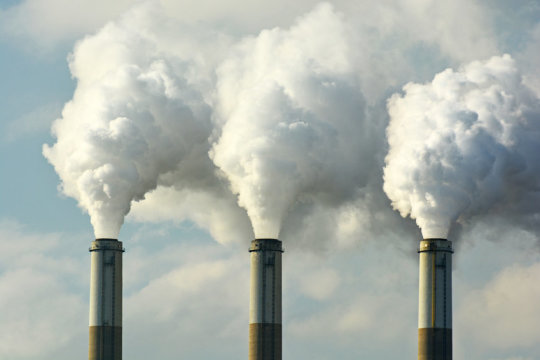 The study, which was led by a team from The Stockholm Environment Institute (SEI) at the University of York, found that in 2010, about 2.7 million preterm births globally — or 18 per cent of all preterm births — were associated with outdoor exposure to fine particulate matter (PM2.5).

PM2.5 is especially harmful to human health, as it can penetrate deep inside the lungs.

Results suggest that addressing major sources of PM2.5 – from diesel vehicles, to agricultural waste-burning, could save babies’ lives and improve health outcomes.

When a baby is born preterm (at less than 37 weeks of gestation), there is an increased risk of death or long-term physical and neurological disabilities.

In 2010, an estimated 14.9 million births were preterm — about 4-5 per cent of the total in some European countries, but up to 15-18 per cent in some African and South Asian countries. Scientists say the human and economic costs are enormous.

There are many risk factors for preterm birth — from the mother’s age, to illness, to poverty and other social factors. Recent research has suggested that exposure to air pollution could also be a risk factor.

A new study published in the journal Environment International for the first time quantifies the global impact by combining data about air pollution in different countries with knowledge about how exposure to different levels of air pollution is associated with preterm birth rates.

“This study highlights that air pollution may not just harm people who are breathing the air directly — it may also seriously affect a baby in its mother’s womb,” said Chris Malley, a researcher in SEI’s York Centre, at the University of York, and lead author of the study.

“Preterm births associated with this exposure not only contribute to infant mortality, but can have life-long health effects in survivors.”

“This study adds an important new consideration in measuring the health burden of air pollution and the benefits of mitigation measures,” he said.

The largest contribution to global PM2.5-associated preterm births was from South Asia and East Asia, which together contributed about 75 per cent of the global total.

India alone accounted for about one million of the total 2.7 million global estimate, and China for about another 500,000. Western sub-Saharan Africa and the North Africa/Middle East region also had particularly high numbers, with exposures in these regions having a large contribution from desert dust.

“There is uncertainty in these estimates because the concentration-response function we used is based mainly on studies in the United States and Europe,” Malley said.

“Not only don’t we know whether the relationship is the same at much higher concentrations, such as those found in some Indian or Chinese cities, but the prevalence of other risk factors also varies considerably.

“Expectant mothers in many places are also exposed to high levels of indoor pollution from cooking smoke. Resolving these uncertainties will require more studies in these countries and regions.”

“To reduce the PM2.5 problem, you need to control many different sources, but in many developing countries, certain emission sources dominate,” said Johan C.I. Kuylenstierna, co-author of the study, SEI’s Policy Director.

“This includes emissions from cooking with biomass fuels (which is also associated with very harmful indoor pollution), diesel vehicles and other transport, and particles emitted when agricultural residues are burned in fields.”

“In a city, maybe only half the pollution comes from sources within the city itself — the rest will be transported there by the wind from other regions or even other countries. That means that often regional cooperation is needed to solve the problem.,” Kuylenstierna added.

“Our colleagues from countries such as Ghana, Peru, Nigeria and Bangladesh have highlighted the importance of air pollution impacts on health as a motivation for reducing emissions,” Kuylenstierna added. “Knowing that reducing outdoor air pollution could help reduce preterm births provides a compelling new reason to invest in mitigation measures.”