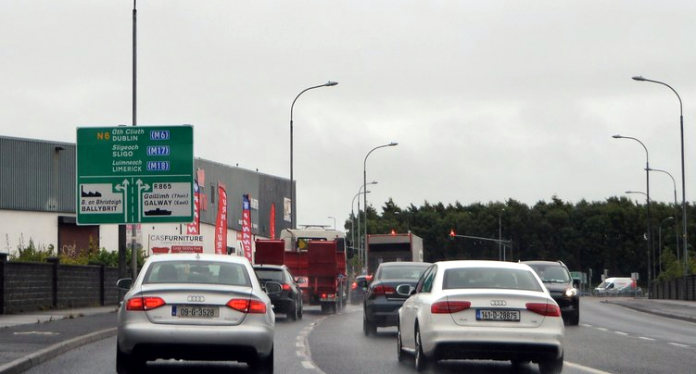 Perhaps the most remarkable omission from
Ireland’s Climate Action Plan is any reference to the roads programme that
forms a core element of the National Development Plan 2018-2027. Roads are
mentioned only twice (in passing, on page 142) and motorways not at all. This
is a really serious disconnect that’s going to have to be addressed by whoever
forms the next Government.

There must also be a question mark over the future of major road construction in Ireland (and elsewhere) now that so many people have got used to working from home as a result of the coronavirus public health emergency and whether this trend is likely to continue after the public health crisis is finally over, thereby reducing traffic levels on our roads, particularly in peak periods.

Take the proposed Galway N6 ‘bypass’, for example. The 18km route — an arc stretching from Barna in the west to Doughiska in the east — would cost at least €600 million and has been touted by its cheerleaders as a sort of magic bullet that would ‘take traffic out of the city’ even though it would do nothing of the sort. In fact, it would consolidate Galway as Ireland’s Carmageddon.

According to a detailed analysis by Galway-based chartered engineer Peter Butler, only 3% of the projected 77,200 vehicles per day on the route would be using it as a bypass. The vast bulk of this traffic would be ‘dipping’ into the city, its schools and inner suburban business parks along existing radial roads — in effect, using it as a distributor route, much like how the M50 functions in Dublin.

It’s not as if Galway (population: 80,000) doesn’t already have a ring road. It built one in the 1980s, but then the planners permitted all sorts of out-of-town development along this route, with the result that it became traffic-choked too, and now apparently needs another ‘bypass’. Building bigger and wider roads has been the default ‘solution’ pursued by Galway’s local authorities for decades.

Given this bias in favour of roads, it’s no surprise that the city’s modal split is heavily biased in favour of cars, accounting for two-thirds (66.7%) of peak-period trips in the ‘base year’ of 2012. Even after all of the measures recommended in Arup’s 2016 Galway Transport Strategy — starting with the proposed N6 bypass — are implemented, cars are projected to account for 67.3% of all trips in 2039.

The proposed N6 ‘bypass’ also contradicts the 2019 Climate Action Plan, not least because traffic using the route would generate 26,000 tonnes of carbon dioxide per annum in the opening year, rising to 35,000 tonnes per annum by 2039, as its promoters have conceded. Overall, transport accounts for 20% of Ireland’s greenhouse gas emissions — largely generated by private cars and trucks.

It’s as if Galway’s road engineers are
blissfully unaware of what other cities throughout Europe are doing to tackle
the climate emergency and enhance the urban environment. Bordeaux, Copenhagen,
Delft, Freiburg, Stockholm, Vienna and Zurich, to cite just seven examples,
have all worked to reduce the dominance of private cars, in favour of improved
public transport, cycling and walking.

What has been done over the past 30 years to revolutionise public transport in Galway, or to radically improve facilities for walking and cycling? Almost nothing. Take the Salmon Weir Bridge, where the footpaths are barely a metre wide and congested with pedestrians on a daily basis. Typical of Galway, it’s to be given over exclusively to traffic while a new pedestrian bridge is to be built alongside.

Meanwhile, as this writer told the Bord Pleanála oral hearing on the N6 ‘bypass’ scheme on March 6th, the Clifden Railway viaduct piers are crying out to be topped by a bridge to cater for pedestrians and cyclists, linking NUIG with the city centre. If the Galway local authorities had any sense, they would have held a design competition for such a ‘win-win’ piece of public infrastructure long ago.

By pursuing the latest plan for the N6
‘bypass’, they are clearly locked into outdated 1970s thinking about transport
planning — particularly the utterly discredited idea that you can ‘solve’
traffic congestion by throwing roads at it. They should know by now that the
only way to relieve congestion in an urban area is by improving public transport,
to give people a viable alternative to driving cars.

But the Galway local authorities want to open up a vast ex-urban swathe of land for ‘development’, using the N6 bypass as both its spine and lever. Indeed, it has been estimated that they could rake in some €200 million in development levies on all the housing, retail parks, industrial estates and business parks that are likely to spring up along the route. Landowners would also make a killing.

Under the National Planning Framework, Project Ireland 2040, Galway (in common with Cork, Limerick and Waterford) is targeted for a 50%-60% increase in population over the next 20 years. The great danger is that the vast bulk of this growth will actually happen on the outer fringes of the city, along the N6 ‘bypass’ corridor, and on lands between it and the city’s existing built-up area.

Were that to happen, it would be in conflict with the over-arching aim of the Project Ireland 2040 spatial strategy, which specifies that ‘at least half (50%) of all new homes’ in the four second-tier cities should be ‘within their existing built-up footprints … rather than continual expansion and sprawl of cities and towns out into the countryside, at the expense of town centres and smaller villages’.

If there is to be any chance of achieving the Climate Action Plan’s target of ‘net zero greenhouse gas emissions by 2050’, the next Government must start connecting the dots between where people live, how they get around and the global climate emergency. Based on current trends, we’re locking ourselves into car dependency, long-distance commuting and growing traffic congestion in our cities.

India doesn’t report its carbon emissions clearly, so we did

Where will the world’s next Zika, West Nile or Dengue virus come from?

Biodiversity climatechange - January 4, 2019
0
Scientists have identified wildlife species that are the most likely to host flaviviruses such as Zika, West Nile, dengue and yellow fever. They created...