Home Science Energy Rolling back climate regulations is Trump's most dangerous con yet. 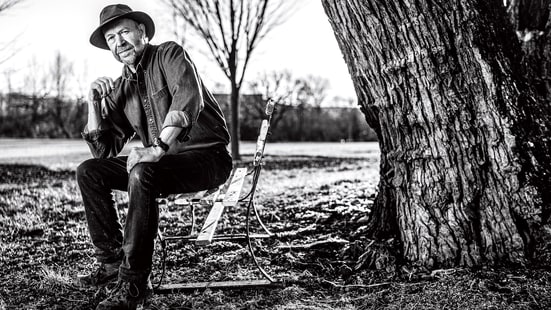 The executive order President Trump signed Tuesday is his most dangerous con yet. By rolling back President Obama’s Clean Power Plan and other climate-related regulations, he is willing to kill people with increased air pollution, put our national security at risk and cook the climate, all in the name of creating jobs for coal miners. Like most Trump cons, it’s about duping desperate voters into believing he is fighting for them, when in fact he is stealing their future.

I spent five years reporting and writing a book about the coal industry, and if I learned anything on that adventure, it was this: No matter what Trump does, coal is not coming back. We have been mining coal in America for more than 150 years – the stuff that’s left is increasingly expensive, of poor quality and difficult and dangerous to get out of the ground. In Appalachia, the only way to boost coal production is to blow up more mountains. (In many places in Appalachia, it’s now cheaper to remove the mountains from the coal with a few well-placed explosives than to dig the coal out of the mountain the old-fashioned way.)

Trump and many coal country politicians like to blame the decline of coal on Obama’s “war on coal” – but that too is a lie. Coal is dying because the world is moving on to cleaner, cheaper sources of energy: natural gas, solar, wind. Trump is not going to change the dynamics of the energy industry with a stroke of his pen. At best, loosening regulations on mining and burning coal might allow Big Coal to squeak out a few more years of profit before vanishing into the peat bogs of history. If Trump really wanted to create energy-sector jobs in America, he would push hard into renewables – the U.S. solar industry alone now employs twice as many workers as the coal industry, and more workers than the oil and gas industry combined.

But this is not about jobs. This is about payback to Big Coal CEOs and investors, who are desperate to squeeze a few more bucks out of the old mines before the renewable future takes over. It’s also, I think, a deliberate effort to trash President Obama’s legacy in an area where he had lasting and notable achievements.

But the cost of this is enormous. Beyond the economic cost of falling behind in the clean energy industry, there is issue of public health. Globally, seven million people a year die prematurely due to air pollution. More air pollution also means increased asthma attacks, more hospitable visits, higher medical bills. In coal country, loosening mining restrictions will also mean more coal ash – laden with toxic heavy metals – dumped into rivers and streams.

Then there is climate change. Trump thinks of it as a hoax, something the Chinese cooked up to trick Americans into – what? Abandoning fossil fuels and dominating the $1.3 trillion market for clean energy? In any case, by signing an executive order to roll back Obama’s Clean Power Plan, Trump is virtually ensuring that the U.S. won’t meet its obligations to the Paris Climate Accord, which was agreed to by 195 nations and is probably the last best chance we have to keep global temperatures under two degrees Celsius, the threshold for dangerous warming. By blowing off the deal, Trump is making the Chinese – who are moving fast into clean tech and continuing to push for emissions reductions – look like enlightened moral leaders. But Trump is also saying “fuck you” to those affected by wildfires and droughts, pushing the Arctic and Antarctica toward a more rapid collapse, and speeding up the inundation of nearly $900 billion worth of real estate in Florida, Virginia, North Carolina and other coastal areas. (On the upside, Mar-a-Lago could be an underwater tourist destination before too long.)

The biggest con of all is that pushing fossil fuels and killing climate rules will keep America strong and safe. In fact, the truth is just the opposite. As former Secretary of Defense Chuck Hagel put it, climate change is a “threat multiplier.” More extreme weather – increased droughts and flooding – leads to food and water shortages, and more displaced people. More refugees mean more political turmoil, more chaos, more wars. Which, for Trump, may be the point. The more he fucks up the world, the more opportunities he’ll have to remind us that only he can save it.