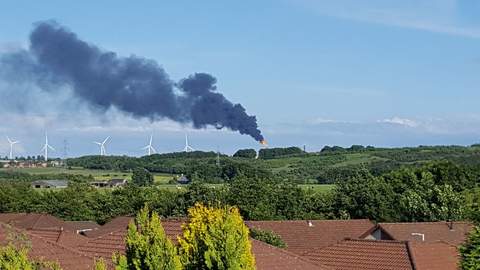 Shell and Exxon have been hit with a £40,000 fine for under reporting emissions at an Ethylene plant in Mossmoran, Scotland. Residents continue to be frustrated at the companies’ ongoing failure to address health and environmental concerns at the site.

Heavily redacted reports recently released by the Health and Safety Executive (HSE) revealed a catalogue of safety concerns at the Fife Ethylene Plant at Mossmorran and its neighbouring Braefoot Bay terminal.

Scientists cook up new recipes for taking salt out of seawater

Climate Change climatechange - February 15, 2021
0
Lipids are the building blocks of a cell's envelope - the cell membrane. In addition to their structural function, some lipids also play a...

Pandemic got you down? A little nature could help

Climate Change climatechange - February 18, 2021
0
Researchers have long been aware of the positive impact of a connection with nature on psychological health and, according to a new study, the...