A UK shipping executive has turned on the industry for ignoring the effect lobbying has had on its efforts to reduce carbon pollution.

In an op-ed published on the trade press site Splash 24/7 on Thursday, Andrew Craig-Bennett said industry mockery of a report released this week that concluded lobbyists had “captured” talks at the UN International Maritime Organisation (IMO) was misplaced.

On Monday, the NGO Influence Map released a damning report that exposed the degree to which these shipping registries and industry lobby groups had infiltrated the body intended to regulate them.

While some details in the report were incorrect, said Craig-Bennett, who is deputy general manager of the UK subsidiary of Chinese government-owned Cosco, “it is basically right, and we all know that it is”.

“The IMO was captured by the shipowning interest as soon as the IMCO admitted the FOCs,” he said.

The UN body was known as the IMCO until 1982. FOCs – flags of convenience – such as Panama or the Marshall Islands, register vessels outside their country of ownership. Registry businesses account for more than half of the world’s merchant fleet and commonly lead national delegations to the IMO.

Registry chief: “We used to send a taxi over to IMO and now we send a bus”

Craig-Bennett said lobbyists used deliberately confusing statistics about shipping emissions – which are roughly equal to the annual emissions of Germany – in order to mislead and delay action on carbon pollution.

“We can feel nothing but contempt and disgust at the prostitutes employed by our racket to try and put one over on the general public,” he said.

The leaders of the Baltic and International Maritime Council (Bimco) and the International Chamber of Shipping (ICS), disputed the findings of the study this week, saying they had not tried to derail progress on cutting emissions.

Craig-Bennett said: “Sorry Bimco, sorry ICS, sorry national and regional ship owners organisations, but if you are not influencing the IMO and others, there is no point in paying you, and we can all save a few bucks. What we want you to do is to influence the IMO in a less brain-dead way.”

In a statement, IMO secretary general ​​​Kitack Lim said the makeup of delegations to the IMO was “entirely a matter for the countries themselves”, adding that “countries who wish to include industry technical experts or others may do so”.

Lim said inclusiveness, which also meant listening to NGOs, was “one of IMO’s great strengths”. The “IMO’s efforts to reduce harmful air emissions from ships spans decades”, he said, and would continue this week at the working group meeting.

Without further action, the IMO predicts carbon emissions could grow 50-250% by 2050. Years of debate have resulted in limited restrictions. The EU and Pacific island nations have lobbied for the IMO to set targets for carbon cuts at its next meeting in April, 2018. This and other initiatives are under discussion at the working group meeting. Whatever targets are set, their implementation was pushed back to 2023 at the behest of the ICS, the Influence Map report found.

The degree of ignorance about climate change within the IMO was highlighted on Wednesday by Belgian climatologist Jean-Pascal van Ypersele, who gave a talk to the body’s working group on greenhouse gas emissions in London this week.

His presentation ran over many of the most basic facts about climate change, addressing common tropes proliferated by sceptics.

“From the feedback I got, it was an eye opener for many [IMO] delegates,” van Ypersele told Climate Home News. When asked what exactly had been surprising for those in the room, he said as far as he knew, they had not known that “CO2 is a stock pollutant, and therefore that zero net emissions are needed to stabilise the CO2 and temperature”. Stock pollutants are long-lasting chemicals that accumulate in the environment over time.

Craig-Bennett said the industry should move fast to adopt new and disruptive technologies. “The only sensible proposal before the IMO is the one coming from the Pacific Islands – including the Marshall Islands – calling for zero emissions by 2035… Seventeen years is long enough to pay down and scrap all existing ships and replace them with something else.”

He also sarcastically noted the IMO’s “infinite wisdom” in not allowing journalists to report on its discussions. Climate Home News’ deputy editor Megan Darby was banned from the IMO for doing just that in 2016. 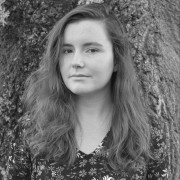