Home News Show me the money: a new slogan for the climate movement

This is a repost from Medium by Karl Burkart of OneEarth

When climate activists make generic statements like, “It’s time for climate action” or “Governments need to act like it’s a climate crisis”, what specifically do they mean? At this stage of the game, with the UN proclaiming a “Code Red for Humanity,” shouldn’t we have better talking points by now?

It’s not surprising that we don’t have a coherent message to guide the movement and steer the public in a unified call-to-action. Climate change is just so damn complicated, filled with dozens of wonky rabbit holes to fall down — global vs. regional average temperature rise, anthropogenic emissions, carbon budgets, net zero, parts per million, deglaciation, sea level rise, ocean acidification, and on and on — a sea of difficult concepts and terms.

If we are to succeed as a movement, we must find a way to uncomplicate climate change. This is the heavy burden that climate campaigners currently face. We must get our heads above the alphabet soup of UN terminology and deliver a clear and coherent message to the public. But right now, we seem to be failing at that task.

Ask yourself this question: If your aunt or grandparent came over for dinner and wanted you to tell them how we’re going to solve climate change, what would you say? You’ve got less than 60 seconds to capture their attention, so how in the world do you answer this question concisely, coherently, and effectively? (If you have a good zinger response to this question, please drop it in the comments below).

My guess is that the more educated you are, the more likely your answer will involve some really complex topics — UN targets, energy decarbonization, peak emissions, mitigation pathways, adaptation finance, divestment, 100% clean, carbon dioxide removal. Or perhaps you’ll pivot to one of the many battleground issues we’re perpetually fighting — keeping oil in the ground, shutting down coal, stopping gas pipelines, preventing old-growth logging. Either approach, as I’m sure you’ve found, almost assuredly will leave your relative desperate to change the subject.

I’ve been talking to many climate experts, communications gurus, and campaign leaders about how to answer this question. Combined, civil society groups have tried almost every imaginable angle of the 11-dimensional chess game of climate narratives, except for one. For some reason, we’ve shied away from one of the most obvious, and potentially most powerful demands out there…

Think about it for a minute. Climate insiders know exactly how to solve climate change, and we also know that it’s surprisingly affordable. But the general public has not yet been informed.. In fact, they’ve been misinformed. Contrary to John Kerry’s recent statements, we do not need to invent any novel technologies to rid the world of the scourge of fossil fuels. Even the conservative International Energy Agency said in their latest report that.. “all the technologies needed to achieve the necessary deep cuts in global emissions by 2030 already exist.” Yet the public keeps getting duped by the subterfuge — the ruse that climate change is too difficult to solve and will require expensive new technologies. We need to make it clear that this is not true. The problem is not a lack of innovation; it’s a lack of funding. And we are now able to get quite specific about what we mean.

Based on the latest IPCC cost models and the global energy transition model developed by German Aerospace and University Technology Sydney (funded by One Earth), we need to be spending about $1.5 trillion per year to achieve the 1.5°C goal of the Paris Climate Agreement. Easy to remember! We’re currently only spending about one-third of that figure. Many had hoped that the trillions secured for COVID-19 recovery packages would help build resilient energy infrastructure, but so far only 2% has gone to clean energy.

We have a massive shortfall between what we need to be spending to solve climate change and what we are spending today. So why are we not campaigning on this shortfall? Why isn’t every other word out of the mouths of every campaigner about money? Money is something everyone can understand, and we now have a reference point that everyone can relate to: Globally, governments have spent a whopping $16 trillion on the COVID-19 crisis. This has saved millions of lives, but a comparable investment to combat the climate crisis could limit warming to 1.5°C, saving hundreds of millions of lives. Good bargain!

Below, I present 5 approaches to answering your hangry aunt (or a pushy journalist) next time you get put on the spot about solving climate change, crafted in the universal language of “dollars and sense.” To solve climate change, we need to…

Yes, there are many facets of the climate problem, including industry, agriculture, and deforestation. But just for a minute let’s not get distracted. 73% of the problem is energy: 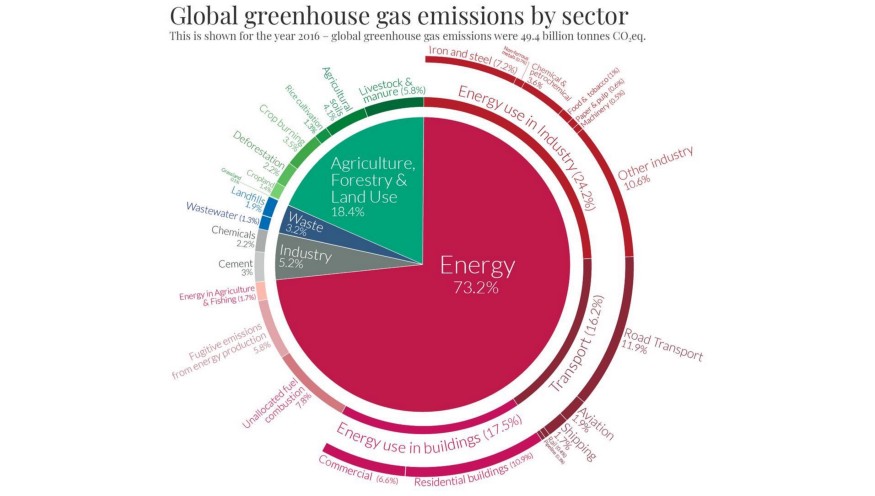 According to the Climate Policy Initiative, we’re spending roughly $500B per year on the energy transition. We need to be spending about $1.5 trillion per year ($2.25 trillion from which we can subtract an average of $750 billion in avoided fossil fuel consumption this decade). So basically, we need to triple investments globally. (Note: we also need a significant investment in protecting and conserving nature, which is the subject for another post).

State and city governments could fast track the wave of climate finance needed by issuing bonds or underwriting private investments in the form of guarantees. The Public-Private Infrastructure Advisory Facility has a great new report (PDF) on how easy it is to structure these deals, allowing for a surge of private investment without taxpayers having to foot the bill. The $1.5 trillion talking point can be divided into regional spending goals. Based on advanced energy modeling we know, for example, that Western Europe should be spending about $200B per year on direct investments in renewable energy (APCAG, Fig. 8.38). These talking points can be scaled down further to the national, state, or municipal levels. We also need to ensure that finance is distributed equitably. Recent studies show that developing countries pay an unfair premium on clean energy investments. They should be paying less, not more, to develop clean energy projects.

The wealthy, which I define here as individuals with a net worth greater than $10 million, have never been wealthier. They also bear an outsized responsibility for climate change, not just because of their lavish lifestyles but because of their continued investment in and profiteering from fossil fuels. It’s a cruel reality that during the COVID-19 pandemic as so many were suffering, the rich became fabulously richer, with billionaires worldwide seeing their net worth skyrocket by 27% or more. According to the 2021 Credit Suisse Wealth Report, the richest 2.5 million individuals on Earth (the top .03%) hold a staggering $100 trillion in assets. 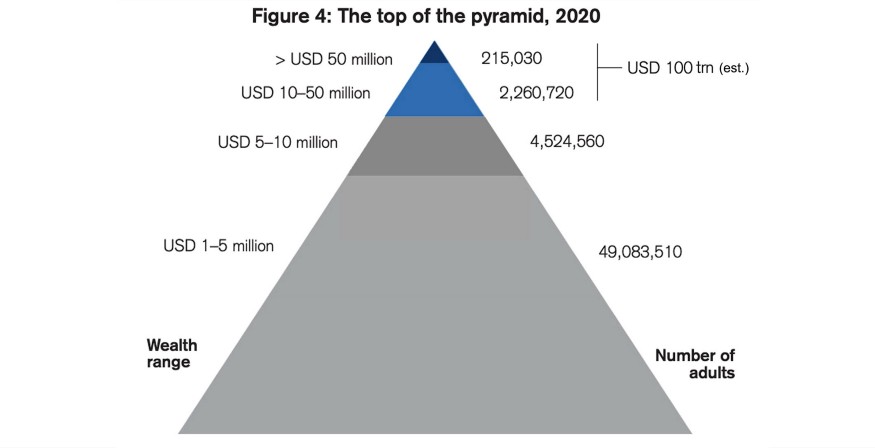 A 1.5% wealth tax on this select group of individuals could fund the entire transition to limit warming to 1.5°C — a tiny (almost imperceptible) sacrifice on their part that would create a livable future for all of humanity.

This concept is gaining steam, with campaigns in Canada and the U.S. calling for an increase in taxation on the wealthy. Jessica F. Green, a professor of political science at the University of Toronto, recently published a brilliant paper arguing for a wealth tax as the most straightforward way to raise the capital needed to get on a 1.5°C trajectory. Market-based mechanisms have required an enormous amount of policy maneuvering that to date has yielded insufficient results. And consumer carbon taxes, like the petrol tax in France that sparked the Yellow Vest movement, are not only unpopular but also unjust. Why should the consumer pay for a polluting system they did not create? Wealth taxes, on the other hand, are incredibly popular — 89% approval in Canada and 74% approval in the U.S. and UK — and relatively easy to implement.

It may take a while to implement a climate wealth tax at scale, so in the meantime we can pressure high net worth (HNW) individuals to join 1% for the Planet. Think of it as a voluntary tax. A person with a net worth of $10 million makes an average of $40,000 per month solely on passive income from their financial investments. Meanwhile climate change organizations receive next to nothing in charitable giving (only 2% of global philanthropy). Would these wealthy individuals really miss that $400 off their monthly income? If one-half of all HNWs’ joined the 1% challenge, that would theoretically generate an additional $50B in climate philanthropy per year, or 5 times the current level of funding to support communities and NGOs on the frontlines of the climate crisis.

Read the rest on Medium