Environmental and community energy groups have urged the State to remove barriers for citizen participation in policy-making processes related to battling climate change.

Friends of the Earth Ireland (FOE), Tipperary Energy Agency and Dingle Sustainable Energy Community have published a roadmap for a community energy revolution.

The three groups’ proposal sets guidelines for transitioning fossil-fuel dependent Ireland of today to a “low-carbon climate resilient society” of the future.

The proposal outlines the significance of developing local energy agencies that would shepherd local communities through their journey of decarbonisation.

The plan also advocates for the development of local green, renewable projects, while advising the State to establish “climate change units within local authorities” led by “climate change officers” who’d engage with citizens on a community level.

The groups have also called for additional climate change funding that would support local community engagement activities and urged the State to eliminate costs “associated with connecting renewable electricity project”.

Kate Ruddock, Deputy Director of Friends of the Earth, said that hundreds of community groups in Ireland are committed to decreasing their carbon footprint and their input and experience must be recognised by the State.  “Ireland excels at the community level from GAA to Tidy Towns,” Ms Ruddock said.

“The recommendations that will come from this special Oireachtas committee offer a huge opportunity to unleash the potential within our communities and enable the citizens of Ireland to take action on climate change,” she continued.

She added that while the Minister for Climate Action Bruton invariably stresses the importance of citizen participation in ecological policy-making, State officials have remained loath to remove “state-designed barriers” for such cooperative endeavours.

Congratulations to St Munchin’s College in Limerick, winners of the Solar Schools competition. A fantastic group of students ready to take on the energy transition in their school #SolarSchools #RunonSun pic.twitter.com/iWIA8BFj4S

FOE recently announced the first winner of its Solar Schools competition to support schools and communities to power themselves with free renewable electricity generated right from their roof.

St Munchin’s College in Co Limerick beat out 39 other schools to win the competition that will see €10,000 worth of solar panels dished out to schools to finance putting solar panels on their rooftops.

According to FOE, winning schools will be able to sell any power they do not use to its partner ‘Community Renewable Energy Supply’ (CRES) and is a “win-win for the schools and the climate”.

Closing dates for next year’s competition to be announced in the coming months.

Wet and wild: There’s lots of water in the world’s most explosive volcano 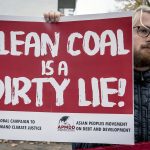