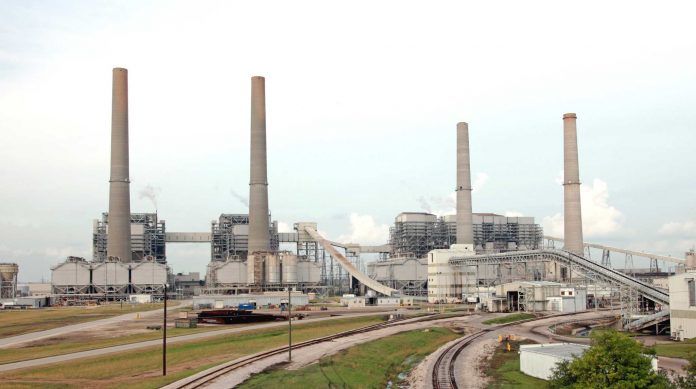 Power plants in Texas are among those that lead the nation in emissions that contribute to global warming and pollution, according to a new report.

Many power plants, particularly those that are coal-fired, produce sulfur dioxide, carbon dioxide, mercury and nitrogen oxides, which contribute to pollution, global warming and respiratory problems. As of 2015, power plants accounted for more than half of the sulfur dioxide emissions in the U.S. and 38 percent of the carbon dioxide emissions, according to the study.

Most the country’s emissions from power plants came from a handful of the top companies — nearly a quarter of the power industry’s sulfur dioxide and carbon dioxide emissions came from companies in the top three or four producers.

Earlier this year, NRG completed the transformation of one of its coal-fired power plants into a carbon capture plant, which puts carbon emissions through a chemical process and re-purposes them for oil and gas drilling. The project largest carbon capture plant in the world.

Overall, Texas leads the nation in carbon dioxide emissions, which have been connected to global warming. More than 70 percent of the carbon dioxide emitted by power plants that are coal-fired; just under 30 percent comes from natural-gas fired plants.