Home News Thinking is Power: Are you a Critical Thinker?

This is a re-post from the Thinking is Power website maintained by Melanie Trecek-King where she regularly writes about many aspects of critical thinking in an effort to provide accessible and engaging critical thinking information to the general public.

Learn how to think, not what to think

But good thinking is hard, and it doesn’t come naturally. It’s a skill that has to be learned and practiced. Our brains are adapted to keep us alive by making quick decisions to avoid predators and by forming strong emotional bonds with members of our tribes. Trusting that your brain inherently knows how to reason is a recipe for being misled. And it doesn’t matter how smart or educated you are. No one can lie to us better than we can. 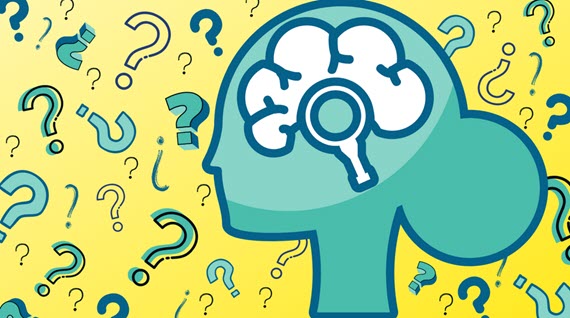 Unfortunately, many of those who are most convinced that they are the true critical thinkers are actually doing the exact opposite. We all know who they are. They confidently air their opinions as fact and hide factually incorrect assertions behind an “opinion shield.” They oversimplify complex issues and are unwilling or unable to entertain nuance and detail. Due to a lack of substantive arguments, they resort to childish name-calling (eg “sheep,” and “fake news”), and proclaim that those who disagree with them are “stupid” and need to “think for themselves.” Ironically, they have inoculated themselves against critical thinking…..if you’re convinced you’re using “evidence” and “logic” and “know the truth,” why would you entertain the possibility that you’re wrong and need to learn new skills?

Yet few things are as empowering as the ability to think well. Critical thinking can help us make better decisions and solve problems, and can prevent us from being fooled or harmed.

Knowledge may be power. But it’s impossible for any one person to know everything…. which is why this site is called Thinking Is Power. Besides, real knowledge is more than memorizing a bunch of facts.  Knowledge is a process. And in a world of unlimited information, from unlimited sources, we need to equip ourselves with a better way of thinking.

There are countless definitions of critical thinking. Basically, critical thinking is the self-directed process of analyzing and evaluating information to decide what to believe or how to act. 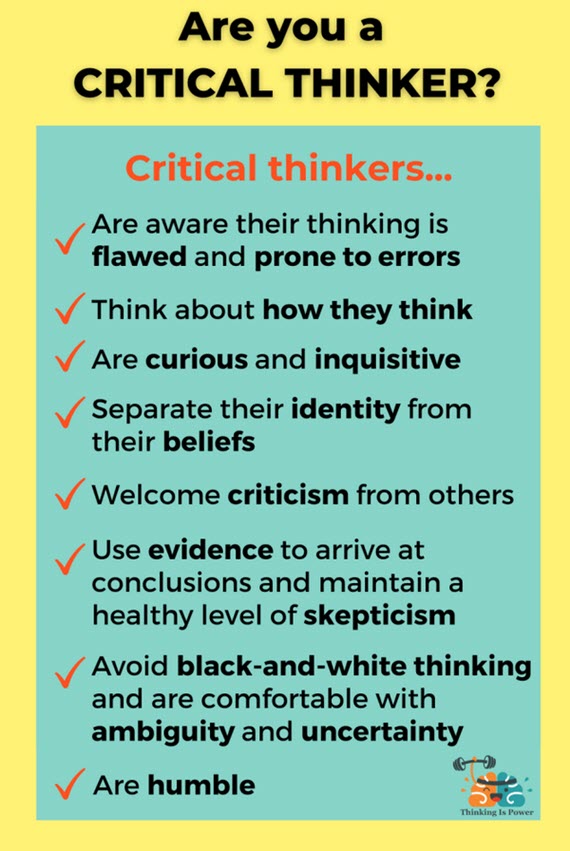 Critical thinking is a journey. It’s not easy, and there is always room for improvement. Many of us need to re-learn habits developed over a lifetime. But the world is full of misinformation and BS, and the best way to avoid being misled is to take control of your thinking.