Timeline: The history of climate modelling

The climate models used by scientists today rely on some of the world’s most advanced supercomputers. It can take dozens of highly skilled people to build and then operate a modern-day climate model.

However, less than a century ago, climate models were little more than an idea; basic equations roughly sketched out on paper. After the second world war, though, the pace of development quickened dramatically, particularly in the US.

By the late 1960s, policymakers were being presented with the models’ findings, which strongly reinforced the theory that the continued rise in human-caused greenhouse gas emissions would alter the global climate in profound ways.

In the interactive timeline above, Carbon Brief charts more than 50 key moments in the history of climate modelling.

Scroll through the various slides within the interactive timeline, above, by clicking on the arrows. Or you can use the calendar above each slide to jump to a particular moment within the history.

Expert analysis directly to your inbox.

Get a Daily or Weekly round-up of all the important articles and papers selected by Carbon Brief by email.

Expert analysis directly to your inbox.

Get a Daily or Weekly round-up of all the important articles and papers selected by Carbon Brief by email. 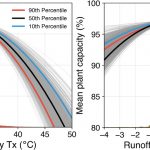