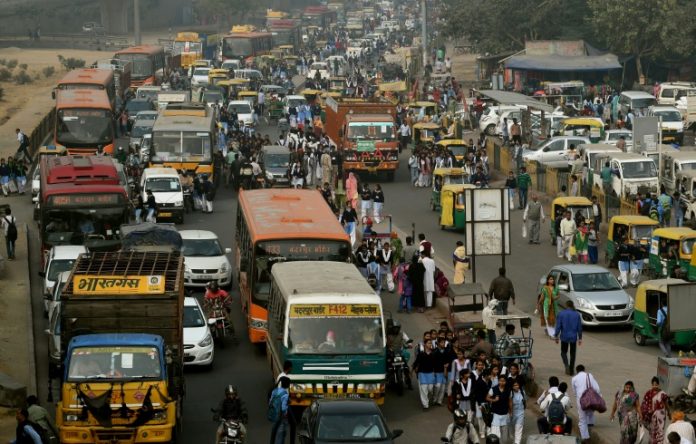 Researchers in Sweden have identified the top four things people can do to reduce their carbon footprint, but warned on Tuesday these steps are rarely promoted in the public sphere.

The report in the journal Environmental Research Letters described a “missed opportunity” to let people know the most effective steps they can take reduce carbon dioxide emissions, a primary driver of global warming.

“We found there are four actions that could result in substantial decreases in an individual’s carbon footprint: eating a plant-based diet, avoiding air travel, living car free, and having smaller families,” said lead author Seth Wynes of Lund University in Sweden.

By far the biggest action was having one less child saves an average of 58.6 tons of CO2-equivalent emission reductions per year, the report said.

“A US family who chooses to have one fewer child would provide the same level of emissions reductions as 684 teenagers who choose to adopt comprehensive recycling for the rest of their lives,” it said.

These four steps were identified from an analysis of 39 peer-reviewed papers, carbon calculators, and government reports that calculate how individual lifestyle choices may reduce greenhouse gas emissions.

When researchers looked to see which anti-carbon actions were promoted in Canadian textbooks and government communications in the United States, Australia, Europe and Canada, they found a general focus on “incremental changes with much smaller potential to reduce emissions.”

Researchers said these steps are respectively eight and four times less effective than a plant-based diet.

None of the Canadian textbooks mentioned limiting family size as a way of reducing one’s carbon footprint.

Streamlining the message from schools and from governments could make major steps toward reducing greenhouse gas emissions beneath the levels needed to keep the planet under 2 degrees Celsius of climate warming, researchers said.

“There are so many factors that affect the climate impact of personal choices, but bringing all these studies side-by-side gives us confidence we’ve identified actions that make a big difference,” said Wynes.

“Those of us who want to step forward on climate need to know how our actions can have the greatest possible impact.”