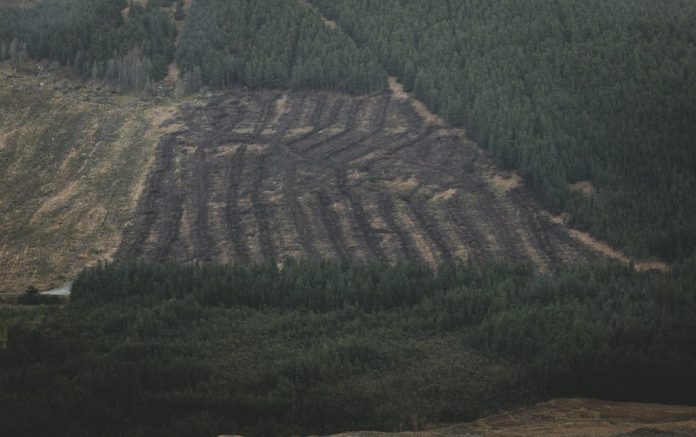 The Irish Wildlife Trust (IWT) has called for a radical overhaul of our forestry sector toward a focus on native species rich continuous cover woodland following the release of the Government’s new planting targets.

The group’s call follows the announcement that 22 million trees will need to be planted every year for the next 20 years in order to hit targets in the Government’s new climate plan.

It is planned that short-rotation conifer plantations will account for 70 per cent of new afforestation, and the remaining 30 per cent of the trees will be broadleaves. Sitka spruce remains the predominant species used in forestry as it has proven to be one of the most productive conifers for processing.

The IWT said, however, that this form of forestry is failing on nearly every biodiversity measure and is driving extinction, water pollution, and rural decline.  IWT campaign officer Pádraic Fogarty said that the new planting figures do not reflect a change of policy and is “designed merely to grab headlines”.

With just 11 per cent, or 770,000 hectares, Ireland currently has one of the lowest levels of forest cover in Europe, yet has one of the highest rates of plantation forestry across the bloc.

According to the National Parks and Wildlife Service (NPWS), forestry is currently a significant threat and pressure on habitats and species protected under European law.

The Environmental Protection Agency also found that forestry is the greatest pressure nationally on our last remaining lakes and rivers of high ecological value. In addition, plantation forestry supports a lower diversity and abundance of bird species relative to native broadleaves and supports fewer specialist species.

The IWT, Mr Fogarty said, would prefer to see ambitious targets set for woodland cover to approach the European average somewhere between 30 and 40 per cent. Only around two per cent of the country is covered by what is termed native or semi-natural woodland.

This would be achieved through the restoration of native woodlands through rewilding, combined with a commercial forestry sector based on a “continuous cover close-to-nature” forestry model that would eliminate the use of chemicals and the practice of clear-felling.

“Our forestry policy right now is a mess,” Mr Fogarty said. “There is another way which can provide jobs while at the same time restoring collapsed ecosystems and providing a landscape for people to enjoy.”

A recent detailed analysis by the National Parks and Wildlife Service on the status of EU-listed habitats and species in Ireland shows that our remaining native woodlands are continuing to deteriorate.

The Green Party today also called for a model that looks at more diverse forests rather than short-rotation monoculture conifer plantations. The Green Party was responding to comments from Forest Industries Ireland that Sitka plantations will continue to be the “workhorse” of the sector.

The party’s leader Eamon Ryan TD said that while conifer plantations can store large amounts of carbon, the clearfell model is “failing us on all other counts”.

“We have to move on from chopping down trees every thirty-five
years and seeing forestry as only being suitable on marginal land and mountain
areas,” he said.

“As we expand our level of forestation we need to change the whole model so that new plantations increase biodiversity, improve soil and water conditions, and help create vibrant local communities, as well as storing more carbon,” Mr Ryan added.

Sinn Fein recently called for Sitka Spruce to be added to the list of invasive species in Ireland and for grants to be limited to landowners who live within 50km of the lands being planted. Sitka is native to Alaska and is an invasive species in several countries including Norway.

Yesterday evening, the Department of Agriculture released an independent study that assessed the social and economic impacts of forestry in Co Leitrim.

The Study, led by University College Dublin’s Dr Aine Ni Dhubhain and Dr Julie Ballweyin conjunction with the Bureau for Economic Theory and Applications in France, also examined the current regulatory environment in the county.

The Department, which hosts the Forest Service, commissioned the study amid growing concern over the conifer plantation model in the county.

Leitrim is the most forested county in Ireland, with almost 19 per cent (30,000 hectares) of all land in the county under forest cover, according to DAFM data. Sitka spruce is the dominant species in the county, accounting for 61 per cent of the total forest area.

According to the local campaign group Save Leitrim, the clear-fell conifer plantation model is having a “very serious negative impact on people, their lives, mental health, businesses, communities, biodiversity, wildlife, and their rights”.

Since the setting up of the Forestry Appeals Committee (FAC) in 2018, 89 appeals have been submitted, a quarter of which relate to Co Leitrim.

The total carbon stock in forests in the county is estimated to be over 12.6 million tonnes. Forests are recognised in the report as a pressure on water quality, however, agriculture and peat extraction in the county has more of an impact.

Only 61 per cent of afforestation sites were visited in 2018 in advance of an afforestation licence being issued, the study notes, with 67 per cent field inspected before final grant payment was made. by the State.

A range of stakeholders in Co Leitrim including community groups, farmers and politicians had raised concern over a lack of consultation on the scope of the review.