Rain Is Triggering More Melting on the Greenland Ice Sheet — in Winter, Too

Pulses of melting linked to rainfall doubled in summer and tripled in winter, a new climate change study found. That’s a problem for sea level rise.

The total precipitation over the Greenland Ice Sheet didn’t change over the study period, but more of it fell as rain. The scientists estimated that almost a third of the total runoff they observed was triggered by rainfall. Credit: Joe Raedle/Getty Images

When a frozen snowflake falls on the Greenland Ice Sheet, it lands with a whisper and stays frozen, sometimes for months.

But raindrops splat down, making little craters and melting some of the adjacent snow crystals. Multiplied across thousands of square miles, they can trigger widespread melting and runoff, which can lead to more sea level rise.

A new analysis of satellite and weather data shows that melting associated with rain in Greenland doubled in the summers and tripled in the winters from 1988 to 2012 as temperatures rose , scientists write in a studypublished Thursday in The Cryosphere, a journal of the European Geosciences Union.

The total precipitation over the ice sheet didn’t change over the study period, but more of it fell as rain, the study found. The scientists estimated that almost a third of the total runoff measured was triggered by rainfall.

They also found that melting events triggered by rain lasted longer, lengthening from an average of two days to three in the summer, and from two days to five in the winter.

Rain Is Triggering More Melting on the Greenland Ice Sheet, Including in Winter by Bob Berwyn, InsideClimate News, Mar 8, 2019

If America can find $716bn for the military, it can fund the Green New Deal

If we redirected the trillions spent on fruitless wars, funding Medicare for All and a Green New Deal is perfectly realistic 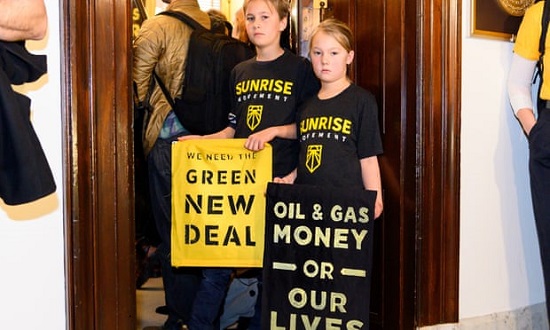 At long last the political debate in the world’s richest country is vibrant with proposals that would help the most vulnerable in our society. And what do we hear in response? A growing chorus of naysayers.

Like many other pundits and politicians, Samuelson says we can’t afford such luxuries. Taxing the rich wouldn’t raise enough money. We’d have no choice but to resort to deficit spending.

Funny how some politicians have no qualms about ballooning the deficit with tax cuts for the rich but balk at investing in the long-term health of our people and communities. Just as peculiar: the fact that military spending cuts are virtually never mentioned as an option for freeing up funds for social good instead of war.

This year the US military budget is $716bn – and boy is it ripe for slashing.

That military budget represents about 53 cents of every discretionary dollar in the federal budget – and it’s one of the biggest reasons that people so often throw up their hands and shake their heads when they think about funding innovative ways to end poverty.

They don’t need to throw up their hands, though. The politicians and pundits should just start listening to children.

If America can find $716bn for the military, it can fund the Green New Deal, Opinion by William Barber & Phyllis Bennis, Comment is Free, Guardian, Mar 6, 2019 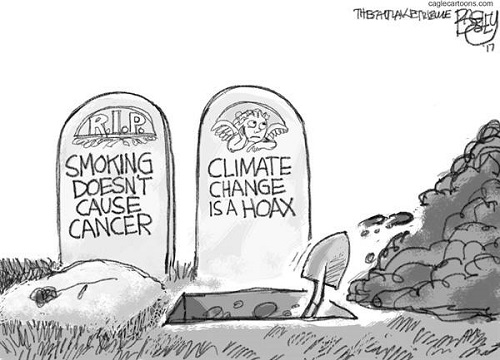 John Cook in the News…

Key Takeaway: Human-caused climate change is known to be having an influence on some types of weather extremes, including heat waves and intense rainstorms. However, scientists aren’t certain about certain other types of weather, either because historical data are insufficient to detect trends or because it’s unclear how those weather patterns will respond to warming. It is not currently clear how climate change affects tornadoes. 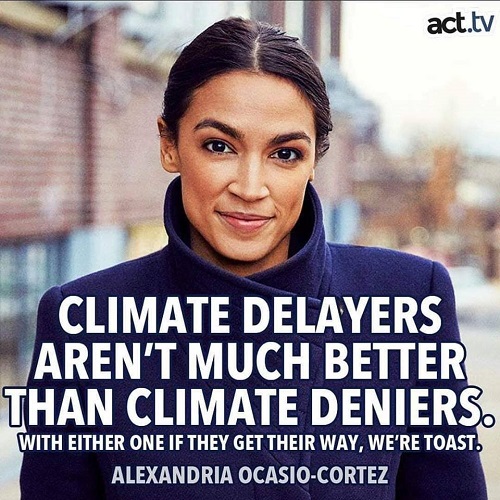