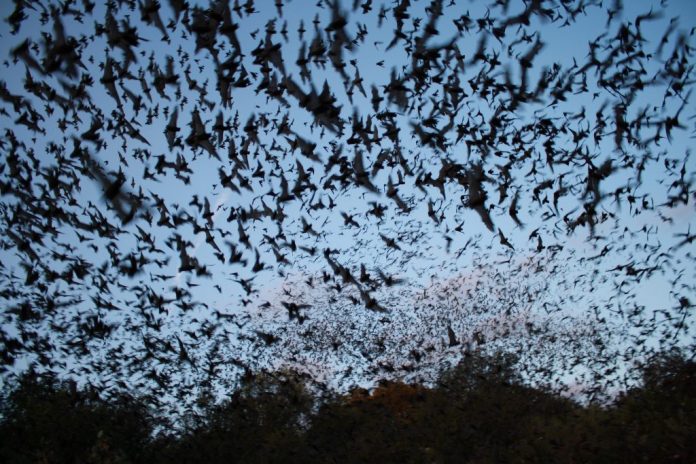 Coronaviruses or Coronoviridae
are a large family of viruses that can infect humans or animals. A small number
of these cause very serious respiratory illnesses in humans but they also
include a huge number of other viruses that are not harmful at all, or cause
very mild symptoms.

The animal origin of SARS-CoV-2 – the
virus behind the current outbreak of coronavirus disease (COVID-19) – has not
yet been confirmed. It may have originated in bats but reached humans through
an intermediary animal such as pangolin. The exact means by which it jumped the
species barrier to humans is also unconfirmed.

One theory on the origins of
COVID-19 relates to a live
wildlife market (sometimes called a ‘wet’ market) in Wuhan, China. According to
Bat Conservation International (BCI), live wildlife markets are places where live animals, including wildlife
harvested both illegally and legally, are stacked closely together in cages and
slaughtered and sold for food.

“Wildlife species sold at live markets are diverse – including bats, civets, bamboo rats, snakes, birds, and many other species, alongside domestic animals such as chickens, pigs, dogs, etc.

“The conditions of these wet markets with live animals stacked closely together in stressful and unsanitary conditions increases the chance that viruses can ‘spillover’ from one animal host to another and to humans,” BCI says.

However, no coronavirus zoonoses of this kind are known to have originated in Europe and the risk of a disease like this arising in Ireland or elsewhere in Europe is extremely low since bats are not consumed here or used for producing medicines.

Bats are protected by law throughout Europe, because populations have undergone severe declines due to habitat changes, roost loss and the increased use of pesticides. Bats provide hugely important ecosystem services to humans in the form of insect pest control.

For instance, bats play a valuable pest-suppression role by hunting insects attracted to cattle at night (such as biting midges; Ceratopogonidae), which are potentially harmful to cattle and may carry serious diseases.

It is extremely important for us to protect and conserve the bat populations we have in Ireland since they are essential to our functioning ecosystem. A bigger concern should be to examine live animal markets and trafficking in wild animals that BCI says is “at the heart of this global health threat”.

The Wildlife Conservation Society has also issued a statement
calling for the closure of all live markets in China and there has been a
temporary ban on live markets in the country. Yet, as BCI argued recently, “the
risk remains for future spillover events” unless there is a permanent closure.

Dr. Kevin Olival at EcoHealth
Alliance points to
closing and cleaning up wildlife markets as a win-win solution in an article in National Geographic: “One intervention, which is fairly simple, is reducing the
wildlife trade and cleaning up the wildlife markets. Cutting back the wildlife
trade has a win-win effect of both protecting species that are harvested from
the wild and of reducing spillover of new viruses.”

As David Quammen wrote in the New York Times in January: “We made the Coronavirus Epidemic”. Specifically, we made it by engaging in unsustainable ecological destruction and the dangerous and devastating trafficking and illegal trade of wildlife for human consumption.

John is an
ecologist with knowledge in botanical & habitat identification,
ornithological surveys & monitoring and mammal surveys and is a member of
Bat Conservation Ireland

The post Coronavirus: zoonotic origins of our own making? appeared first on Green News Ireland.

Japan sticks to 2030 climate goals, accused of a ‘disappointing’ lack of ambition