As you may be aware An Taisce in partnership with Birdwatch Ireland, Hedge Laying Association of Ireland and Irish Wildlife Trust have been campaigning for over a year against Minister Heather Humphreys, proposed changes to Section 40 of the Wildlife Act, which will allow cutting of hedgerows from the 1st of August and the burning and destroying of upland habitats until March 31st. There is overwhelming evidence that this proposal will have serious adverse consequences for Ireland’s already threatened and declining biodiversity. In recognition of this over 26,000 people have signed our No To More Slash and Burn petition to date. Despite this the Minister will bring these negative changes before the Seanad again this coming Thursday as part of the Heritage Bill 2016.
Together we can stop this from happening. If you haven’t already please sign our petition. More importantly we need you to contact some key politicians within Fianna Fáil next Wednesday. Many Senators in the Seanad from independents to the Green Party, Sinn Féin and Labour can see this is a terrible bill. Fine Gael Senators are likely to back their Minister and vote this through so we believe that Fianna Fáil votes will be key. In particular we are asking you to email:

We need you to ask these influential leaders in Fianna Fáil to ensure that their party does not support this disastrous bill. Please in your own words let them know how important Ireland’s natural heritage is to you and why you don’t support the Heritage Bill 2016.

• This bill will not make our roads safer. Section 40 of the Wildlife Act already includes a derogation to allow local authorities to cut hedges where there are road safety issues. This is a key point as Fianna Fáil and Fine Gael have consistently pitched this bill as being pro health and safety when 1) It does nothing to strengthen the existing health and safety derogation and 2) the bill does not apply to road side hedges during all of the summer rather it applies to all hedges throughout August.

• Any changes on road safety grounds should be raised under Section 70 of the Roads Act.

• This bill is not a pilot. There is no baseline data and no sunset clause. Based on the best scientific evidence we know that this bill will have a disastrous impact on wildlife.

• Yellowhammer, Linnet and Greenfinch nest well into September and therefore hedgecutting could justifiably be restricted until mid-September.

• Curlew and other upland breeding birds will have begun their nesting activities in March and will therefore be impacted by these changes. These species require tall vegetation to nest and burning in March will
destroy vital breeding and nesting habitat.

• Other wildlife which will be impacted includes bats, hedgehogs, butterflies and other invertebrates and small mammals which rely on hedgerow flowers and fruit for food. In particular bees will be effected by the loss of floral resources. This at a time when we are rolling out the All Ireland Pollinator Plan to try and halt severe bee decline.

• There are already 6 months of the year when landowners can cut hedgerows and burn vegetation. These changes are not in line with the changes being made by other European Countries to improve environmental protections at a national level.

• Further research is needed into the effect on wildlife of burning uplands in March and cutting hedgerows in August before these changes can be justified.

• This bill will seriously undermine Irelands reputation as a source of green food and drink undermining our exporting power abroad.

• This bill has totally ignored sectors such as the bee keeping and fruit sectors which rely on pollinators which in turn rely on pollen in August to survive the winter. 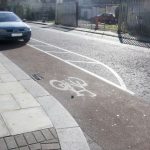 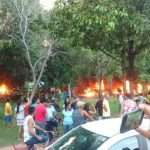 ClimateHome climatechange - November 14, 2017
0
A war has been declared in the Amazon. That is how Luciano Evaristo, director of Brazilian environmental law enforcement agency Ibama, described the latest developments in the...

Sea Level climatechange - August 13, 2018
0
The economic damage from coastal flooding in Europe could reach almost €1 trillion per year by 2100 without new investment in adaptation to climate...

Climate Change climatechange - January 4, 2019
0
Urban planners should plant hedges, or a combination of trees with hedges -- rather than just relying on roadside trees -- if they are...