Home Science Sea Level We're about to try to hack the earth's climate. What could go... 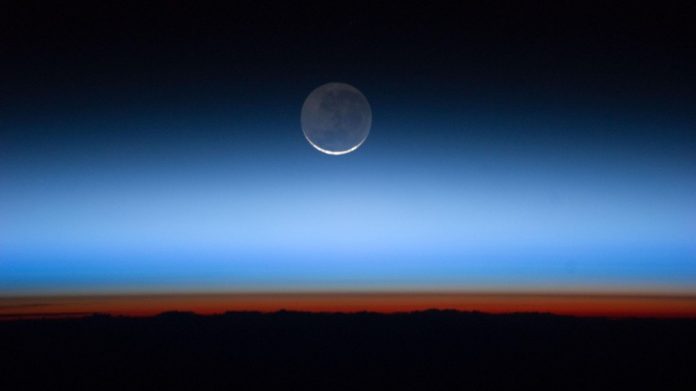 With the U.S. backsliding on climate progress under President Donald Trump, and scientists issuing increasingly dire warnings about the quickening pace and sweeping impacts of global warming, the possibility that we can somehow engineer our way out of the climate crisis is becoming a more attractive option.

Geoengineering, which refers to taking steps to deliberately alter the planet’s climate, is the most controversial of all climate solutions. In fact, it’s not even a solution, since it doesn’t actually solve the problem so much as mask it, like a fever reducer that fails to defeat the underlying infection.

Pursuing geoengineering research, let alone deploying field tests, has been met with a mix of hand-wringing and panic, with even proponents noting the ethical, moral, physical, and monetary perils involved with such plans. While such concerns still exist, scientists are now forging ahead with the largest-ever geoengineering research program.

We’re now entering a new era of geoengineering experimentation, driven in large part by the pace and extent of human-caused global warming. Last year was the warmest year on record for the globe, beating out 2015, which in turn beat a record set the year before that.

On April 15, the largest mainstream geoengineering program to date officially kicked off at Harvard University. The program has raised over $7 million so far, aiming for $20 million over 7 years. It will include a field test phase in which scientists will spray tiny, highly reflective particles at altitudes of greater than 7 miles above the Arizona desert, in order to test the efficacy of one of the most widely-known geoengineering methods, called solar radiation management.

If the particles can prevent some solar radiation from entering Earth’s atmosphere, they could help cool the climate. This will be the first-ever real-world test of such a scheme, with researchers so far confined to their labs and computer models to make projections.

“Solar radiation management” sounds as if a James Bond villain had a baby with a  McKinsey associate: It’s sci-fi, or rather, cli-fi, while also exceedingly mundane.

But it’s not even a modern invention. Volcanoes, for example, have done the same thing for thousands of years by spewing huge amounts of gases and particles into the atmosphere, blotting out the sun and dampening global temperatures for years after a major eruption. The most recent example of this was when Mount Pinatubo erupted in the Philippines in 1991, cooling the globe in 1992.

Now, however, it’s humans that are considering imitating volcanoes, with all the risks and ethical quandaries that come with it.

Who is in charge?

In addition to the field tests, Harvard’s program, which counts Microsoft co-founder Bill Gates among its funders, will also tackle important ethical and governance issues related to geoengineering projects.

“I don’t like the fact that I’m sitting here talking about geoengineering. It terrifies me.”

For example, consider this: If one country pursues geoengineering and inadvertently alters weather patterns in another nation, causing a drought or even a famine, should the first country be liable for damages?

Gernot Wagner, the executive director of the Harvard program and an economist by training, says solar geoengineering should be thought of as one element in a broader portfolio of climate solutions.

“I get many environmentalists’ hesitation when they first hear solar geoengineering,” Wagner said.

“I don’t like the fact that I’m sitting here talking about geoengineering. It terrifies me, but unmitigated global warming terrifies me even more,” he said.

Climate projections show that even with stringent cuts to greenhouse gas emissions, the world will still see global average temperatures shoot past the agreed upon temperature target of 2 degrees Celsius, or 3.6 degrees Fahrenheit, above preindustrial levels by 2100. Solar geoengineering, Wagner says, could limit the amount and duration of any “temperature overshoot.”

During such a period, climate thresholds could be exceeded, pushing the Greenland and Antarctic ice sheets into a faster melting phase, shutting down vital ocean currents or triggering massive, long-lasting droughts.

In an interview, Wagner said the fears about geoengineering, including the worry about its “moral hazard,” are understandable.

“It’s healthy to be afraid of this technology,” he said. One fear is that policy makers will see geoengineering as a technical, and cheaper, fix compared to reengineering the entire economy to move decisively away from fossil fuels, and that they will choose to pursue it while still continuing to emit huge quantities of global warming pollutants.

That would just be a band-aid approach, and not a long-term solution, Wagner says.

A standard cost-benefit analysis would likely favor geoengineering when compared to emissions cuts, but that would perpetuate the global warming problem. It would also allow one of global warming’s other major impacts, the increasing acidity of the oceans, to continue unabated, potentially wiping out entire marine species.

The Harvard program aims in part to uncover the risks of solar geoengineering, so policy makers understand what they’re getting into if they choose to pursue it.

Janos Pasztor, the executive director of the Carnegie Climate Geoengineering Governance Initiative and a former U.N. diplomat who worked on climate issues, says geoengineering is in urgent need of a governing structure to help prevent a project from getting out of hand and having unintended, harmful consequences.

“We cannot simply throw away these new technologies… as possible contributions to managing climate risk,” he said of geoengineering. “What is really crucial is their governance.”

Given that the atmosphere is a global commons, the governance structures to control geoengineering experiments such as Harvard’s cannot simply apply to one nation, but need to be international in scope, Pasztor said.

He said the ultimate solution to climate change won’t be just geoengineering or adapting to impacts such as sea level rise.

“When you look at the totality of the climate risk that is out there now, based on our emissions we will have to, whether we like it or not, we will have to reduce our emissions to zero whatever we do,” he said. This means slashing emissions, adapting to the impacts already occurring, and possibly using geoengineering approaches.

The diversity of the funders for the Harvard project points to the growing willingness of some in the climate community to take a deeper look at geoengineering.

For example, the Hewlett Foundation, which spent $119 million on climate change programs in 2015, is investing $250,000 in the project, and the Sloan Foundation is another funder.

According to Matt Baker, a program officer at the Hewlett Foundation, the grant is aimed at helping Hewlett arrive at an informed position on geoengineering.

“This grant is a learning grant for the Hewlett Foundation — by that I mean this is a topic with a great deal of passion but not always informed by facts,” he said in an email.

“Our program wants to be able to develop an informed position on solar radiation management.”

When asked to explain the need for geoengineering research, Baker fast-forwarded to the year 2030, with temperatures reaching such highs on the Indian subcontinent that the rice crop would have trouble growing.

“In response India decides to spend a billion dollars to pump aerosols into the atmosphere to cool the planet,” Baker said.

Editor’s Note: An earlier version of this story incorrectly stated that the Harvard project has already raised $15 million. The actual figure is over $7 million.