Home Science Mitigation Georgia Power says Vogtle is worth it, despite doubled price. 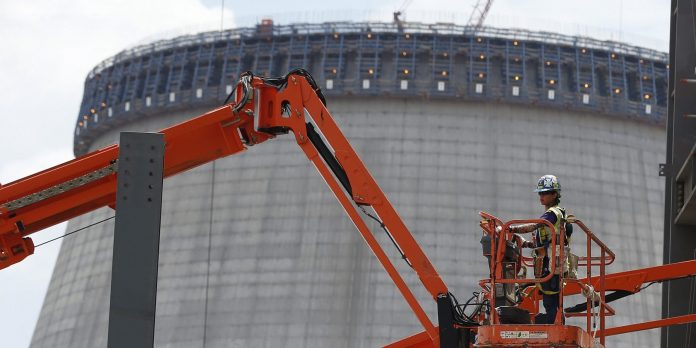 Georgia Power is making its case to continue its nuclear expansion at Plant Vogtle.

In a hearing Monday, the utility’s CEO, along with the heads of three other power companies involved in the project, told state regulators they still want to complete two new nuclear reactors, even though they’re years behind schedule and billions of dollars over budget.

“We believe nuclear is a dominant solution in our long-term energy future,” said Georgia Power CEO Paul Bowers. “Completing both units represents the best economic choice for customers and preserves the benefits of a carbon-free baseload generation for the state of Georgia.”

Though construction has continued, the nuclear expansion has been in limbo since the lead contractor, Westinghouse, declared bankruptcy earlier this year.

Georgia Power says it’s analyzed its options, including cancelling the project, and concluded that completing it still makes sense.

The two new nuclear reactors were supposed to be up-and-running by now. They’re now expected to be complete in 2022, and the cost including financing has doubled, to more than $22 billion.

“We’re supposed to believe after the budget busting and the schedule that didn’t work for the last 10 years, that the review that you’ve done said that this is finally a schedule and a budget we can live with?” Public Service Commission Chairman Stan Wise asked.

Georgia Power says it has more knowledge of and control over the project now that Westinghouse isn’t managing it.

Critics of the project say it doesn’t make economic sense.

“Last year I began to realize that as an elderly ratepayer I would never get the promised benefit from my nuclear surcharge pre-payments. So I came here to protest that wrong situation,” Robert Searfoss said during the public comment period Monday.

Georgia Power collects financing costs from ratepayers on their monthly utility bills. Once the nuclear reactors are complete, the company will also collect capital costs.

“We don’t have shareholders,” said Oglethorpe Power CEO Mike Smith. “There’s no other place for us to put these costs.”

The Public Service Commission will decide in February whether or not to go ahead with the project.